Airport Transfers to and from Yorkshire

We supply airport taxi transfer to and from Yorkshire in chauffeur-driven cars across the county to all UK airports and UK ports including: Heathrow, Gatwick, London City Airport, Luton and Stansted,  Bristol Airport,  as well as Southampton Airport, Dover,  Tilbury Docks and Portsmouth. Cars Exec run Yorkshire airport transfers from the cites of York, Leeds and the major towns of Harrogate, Knaresborough, Ripon, Scarborough, Bridlington, Doncaster, Bradford, Halifax, Wakefield and the surrounding countryside.

Our airport transfer rates are low, competitive with taxis and other Yorkshire airport transfer shuttles, but in a choice of luxury cars and people carriers. Comfortable, clean and exclusive, we are a prompt, reliable, 24 hour airport taxi service. Choose from our Mercedes S-Class, Mercedes E-Class or Mercedes Viano for larger groups and get your holiday off to a stylish start.

We provide executive airport transfers to and from Yorkshire to the following airports:

Our executive airport transfer service to and from Yorkshire includes:

Personal and Corporate Chauffeur Services in and around Yorkshire

We provide a professional service to business clients and VIPs visiting Yorkshire and travelling to and from London. Using an executive car taxi service, we will ensure you or your guests get a professional, discreet and a courteous service every time.

Looking for a taxi transfer to and from a Cruise Ship Terminal in Yorkshire? Why not start your cruise in style, we offer cost effective travel from Yorkshire to the following ports:

Find out more about Yorkshire

Yorkshire is the largest county of them all by far. It stretches from the North Sea coast deep into and over the Pennine Mountains, and from the River Tees to the Humber and further south inland. It encompasses empty moorland and crowded conurbations, high fells and low plains. It is a county with a strong character and identity of its own. Yorkshire is divided into three ridings, whose boundaries meet at the walls of the ancient city of York. York is in the middle of the shire. It was a great city even in Roman times (the co-capital of Britannia). It is a delight of medieval streets, and at its heart its huge and delightful cathedral, York Minister.

Yorkshire, formally known as the County of York, is a historic county of Northern England and the largest in the United Kingdom. Because of its great size in comparison to other English counties, functions have been undertaken over time by its subdivisions, which have also been subject to periodic reform. Throughout these changes, Yorkshire has continued to be recognised as a geographical territory and cultural region. The name is familiar and well understood across the United Kingdom and is in common use in the media and the military, and also features in the titles of current areas of civil administration such as North Yorkshire, South Yorkshire, West Yorkshire and East Riding of Yorkshire.

The Early History of Yorkshire

Early inhabitants of Yorkshire were Celts, who formed two separate tribes, the Brigantes and the Parisi. The Brigantes controlled territory which later became all of the North Riding of Yorkshire and the West Riding of Yorkshire. The tribe controlled most of Northern England and more territory than any other Celtic tribe in England. That they had the Yorkshire area as their heartland is evident in that Isurium Brigantum (now known as Aldborough) was the capital town of their civitas under Roman rule.

After the Romans left, small Celtic kingdoms arose in the region, including the Kingdom of Ebrauc around York and the Kingdom of Elmet to the west.[24][25] Elmet remained independent from the Germanic Northumbrian Angles until some time in the early 7th century, when King Edwin of Northumbria expelled its last king, Certic, and annexed the region.

Scandinavian York (also referred to as Jórvík) or Danish/Norwegian York is a term used by historians for the south of Northumbria (modern day Yorkshire) during the period of the late 9th century and first half of the 10th century, when it was dominated by Norse warrior-kings; in particular, used to refer to York, the city controlled by these kings. Norse monarchy controlled varying amounts of Northumbria from 875 to 954, however the area was invaded and conquered for short periods by England between 927 and 954 before eventually being annexed into England in 954.

War of the Roses

When King Richard II was overthrown in 1399, antagonism between the House of York and the House of Lancaster, both branches of the royal House of Plantagenet, began to emerge. Eventually the two houses fought for the throne of England in a series of civil wars, commonly known as the Wars of the Roses. Some of the battles took place in Yorkshire, such as those at Wakefield and Towton, the latter of which is known as the bloodiest battle ever fought on English soil. Richard III was the last Yorkist king.

The countryside of Yorkshire has acquired the common nickname of “God’s Own County”. Yorkshire includes the North York Moors and Yorkshire Dales National Parks, and part of the Peak District National Park. Nidderdale and the Howardian Hills are designated Areas of Outstanding Natural Beauty[59], as is the North Pennines (a part of which lies within the county). Spurn Point, Flamborough Head and the coastal North York Moors are designated Heritage Coast areas, and are noted for their scenic views with rugged cliffs such as the jet cliffs at Whitby, the limestone cliffs at Filey and the chalk cliffs at Flamborough Head. Moor House – Upper Teesdale, most of which is part of the former North Riding of Yorkshire, is one of England’s largest national nature reserves. At High Force on the border with County Durham, the River Tees plunges 22 metres (72 ft) over the Whin Sill (an intrusion of igneous rock). High Force is not, as is sometimes claimed, the highest waterfall in England (Hardraw Force in Wensleydale, also in Yorkshire, has a 30 metres (98 ft) drop for example). However, High Force is unusual in being on a major river and carries a greater volume of water than any higher waterfall in England

The highest mountains in Yorkshire all lie in the Pennines on the western side of the county, with millstone grit and limestone forming the underlying geology and producing distinctive layered hills.

The main cities in Yorkshire are: Leeds, Sheffield, Bradford, Kingston Upon Hull, Wakefield and Rippon. 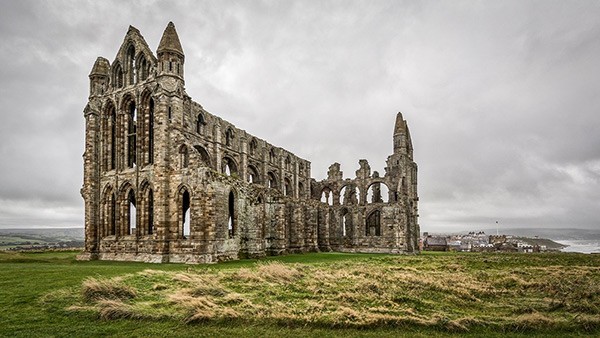 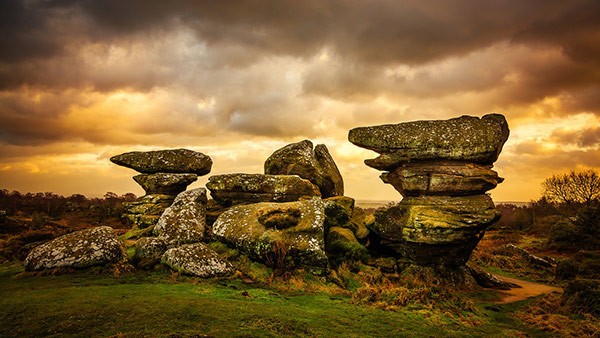 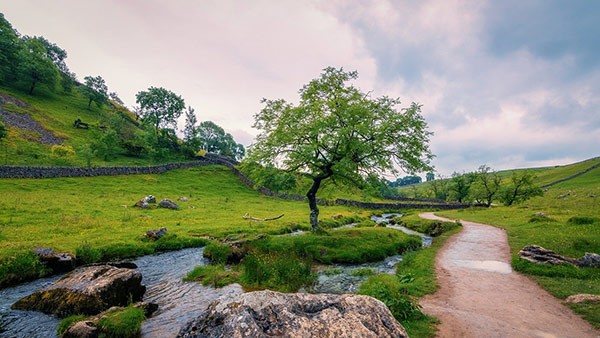