Affordable airport and seaport taxi transfers to and from Southampton in Hampshire to Gatwick, Heathrow London City Airport, Luton, Stansted and further afield to East Midlands, Leeds, Manchester and Newcastle, with 4G Wifi.  Cars Exec provide chauffeur driven cars, at competitive taxi rates but in  the comfort of our gleaming, comfortable and exclusive chauffeur driven airport cars. Our prompt, reliable 24 hour airport taxi service to and from anywhere in the UK, as well as the London airports is available in our Mercedes S-Class, Mercedes E-Class or Mercedes Viano for larger groups.

Southampton airport transfer to & from Heathrow Airport from £204

Southampton airport transfer to & from Gatwick Airport from £231

Southampton airport transfer to & from Exeter Airport from £158

Southampton airport transfer to & from Bristol Airport from £180

Southampton airport transfer to & from Luton Airport from £253

Southampton airport transfer to & from Stansted Airport from £261

Southampton airport transfer to & from Birmingham Airport from £239

Southampton airport transfer to & from Leeds Airport from £362

We provide executive airport transfers to and from Southampton to all UK airports including:

UK Cruise Ship Transfers to and from Southampton

We provide a trusted, professional but discreet service to our business and corporate clients in Southampton, with impeccable chauffeur driven cars as well as luxury people carriers to Southampton based UK Companies, international business and discerning private clients, travelling to and from London.

Find out more about Southampton

Southampton a city situated within Hampshire and it is the largest city based within the county. Southampton is home to its major cruise port, where many of its visitors come from. The city is also close to the New Forest; which is one the largest areas of unenclosed land in the south east of England.

Southampton has a last registered population of figures close to 253,000. Much of Southampton’s economy benefits from its University, BBC South, Southampton Airport and its Seaport; the port of which is home to many of the largest cruise ships in the world.  The city is perhaps best known for its association with the famous, tragic RMS Titanic, which sank on course to New York City following a fatal collision with an iceberg. The city sits in the Hampshire Basin and is situated 75 miles South West of London and just 19 miles North West of Portsmouth.

Pockets of Georgian architecture survived the war, but much of the city was levelled. There has been extensive redevelopment since World War II. Increasing traffic congestion in the 1920s led to partial demolition of medieval walls around the Bargate in 1932 and 1938. However, a large portion of those walls remain.

Culturally, Southampton holds the longest stretch of medieval walls found in England, as well as many notable museums, including the Tudor House Museum following a period of regeneration. Following the influence of its surrounding water and famous port, Southampton also hosts the yearly Southampton Boat Show. The show runs every September and draws over 600 exhibitors, lasting through the entire week of its start time. The show takes place at Mayflower Park and is been this way since 1968. Along with other events the Southampton Boat Show pays tribute to the city’s affiliation with the sea and as a consequence draws visitors from a wide range of places adding to Southampton’s ever expanding culture and economy. 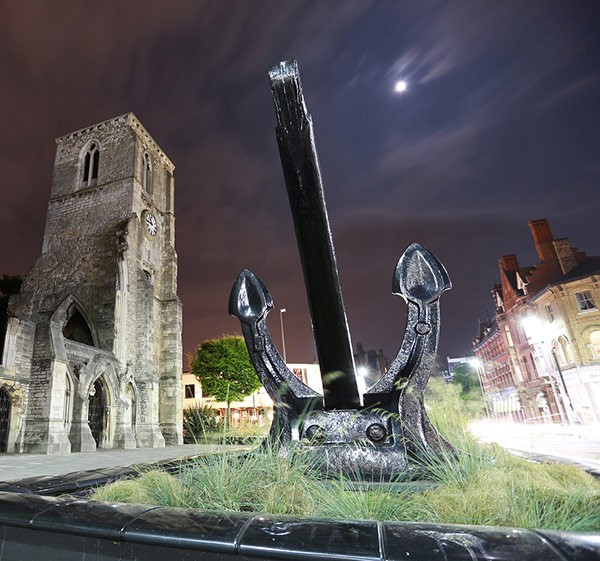