Affordable airport and seaport taxi transfers to and from Bradford in Yorkshire to Gatwick, Heathrow London City Airport, Luton, Stansted and further afield to Scotland, Leeds and Newcastle, with 4G Wifi.

Bradford airport transfer to & from Heathrow Airport from £459

Bradford airport transfer to & from Gatwick Airport from £495

Bradford airport transfer to & from London City Airport from £392

Bradford airport transfer to & from Newcastle Airport from £536

Bradford airport transfer to & from Exeter from £410

Bradford airport transfer to & from Southampton Docks from £452

Bradford airport transfer to & from Brighton from £524

Bradford airport transfer to & from St Ives from £477

We provide executive airport transfers to and from Bradford to all UK airports including:

UK Cruise Ship Transfers to and from Bradford

Looking for a taxi transfer to a Cruise Ship Terminal from Bradford? Why not start your cruise in style, we offer cost-effective travel from Bradford to the following ports:

We provide a trusted, professional but discreet service to our business and corporate clients in Bradford, with impeccable chauffeur driven cars, as well as luxury people carriers to Bradford, based UK Companies, international business and discerning private clients, travelling to and from London.

Find out more about Bradford

Bradford is a local district within West Yorkshire, which consists of other boroughs, such as Leeds and Wakefield. West Yorkshire also shares the borders with Derbyshire County in the South, and other neighbours include: Greater Manchester and Lancashire. Bradford records a population of just over 520,000, placing at as the sixth most popular city in England. A large portion of Bradford consists of open space, which reaches over Airedale and Wharfedale Valleys. Bradford is known for its large rural spaces and Moorland.

Bradford was recognised as a city in 1897 and has many famous roots. The biggest historical background that can be associated with Bradford is that it served as the birthplace for the Bronte sisters: Charlotte, Emily and Anne. The National Media Museum is a major institution within Bradford and plays a key role in the City’s major attractions. Bradford has a rich film heritage that sees a large focus on the preservation and development of historical and contemporary film throughout the City. It holds two annual film festivals: the most significant being the Bradford International Film Festival, which takes place in March. Further following the rural nature of Bradford, in 2007 it was voted as the ‘greenest’ city in England, and Bradford is only getting bigger and better.

Bradford was once considered to be the wool capital of the world and is now proud to be the first-ever UNESCO City of Film.
Bradford has an impressive history and this is reflected in the striking architecture found throughout the city. Visit Little Germany where you can see Victorian Bradford at its best, or visit the magnificent Cathedral which is full of interesting features. For a totally unique experience visit Undercliffe Cemetery which was opened in 1854 and has been described as one of the most striking achievements of Victorian funerary design!

In contrast, the newest feature to amaze you in Bradford is City Park, a brilliant award-winning high tech water feature. You can see 100 fountains, laser lights, mist and water effects and much more. The space has gained a reputation for staging a fantastic, high-quality programme of events and is very popular during the summer months.

Bradford is also a cultural city with a flourishing arts scene, fascinating exhibitions and beautiful theatres. There are attractions such as the National Science and Media Museum, Cartwright Hall and Impressions Gallery, one of the UK’s most celebrated photography venues and champions emerging talent. Explore the city and discover the hidden gems. 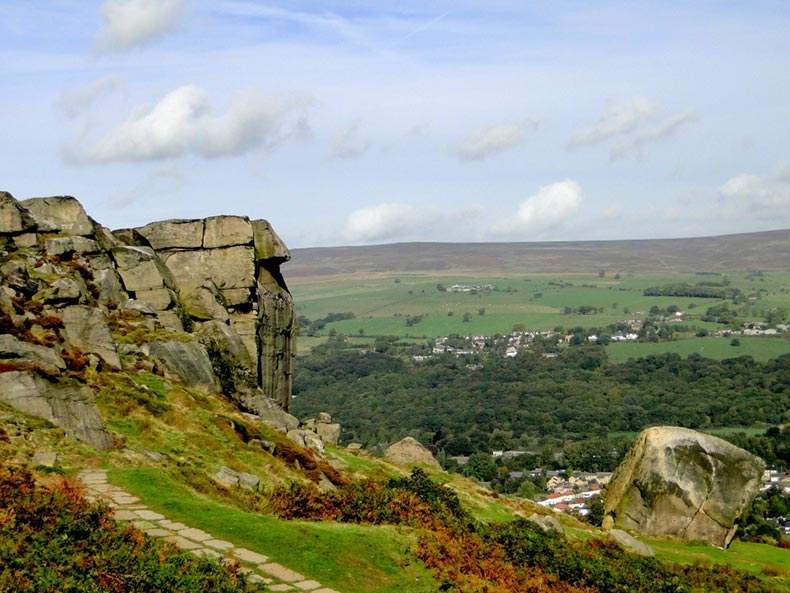