We offer affordable airport and seaport taxi transfers to and from Carlisle in Cumbria to destinations across the UK. Our drivers specialise in long-distance taxi journeys from Carlisle in comfortable Executive Cars to Gatwick, Heathrow,  London City Airport, Luton, Stansted as well as the seaport terminals of Dover, Southhampton and London Tilbury.

Carlisle airport transfer to & from Heathrow Airport from £559

Carlisle airport transfer to & from Gatwick Airport from £596

Carlisle airport transfer to & from London City Airport from £596

Carlisle airport transfer to & from Stansted Airport from £580

Carlisle transfer to & from Dover Seaport from £653

Carlisle airport transfer to & from Liverpool Airport from £506

Carlisle airport transfer to & from Bristol Airport from £492

Carlisle transfer to & from Southampton Seaport from £547

We provide executive airport transfers to and from Carlisle to all UK airports including:

UK Cruise Ship Transfers to and from Carlisle

Looking for a taxi transfer to a Cruise Ship Terminal from Carlisle? Why not start your cruise in style, we offer cost-effective travel from Carlisle to the following ports:

We provide a trusted, professional but discreet service to our business and corporate clients in Carlisle, with an impeccable chauffeur driven cars as well as luxury people carriers to Carlisle based UK Companies, international business and discerning private clients, travelling to and from London.

Find out more about Carlisle

Carlisle City is situated within the County of Cumbria. Carlisle covers a wide area that includes Brampton and Longtown towns, along with villages such as Dalston and Scotby. Although Carlisle only has a low population when stacked up against the more populous towns of the United Kingdom, technically, Carlisle remains the largest city in England, however, the majority of its landscape is not populated and is rural. Carlisle currently neighbours Scotland, as well as Eden to the South and Northumberland in the North.

The early history of Carlisle is marked by its status as a Roman settlement, established to serve the forts on Hadrian’s Wall.  During the Middle Ages, because of its proximity to the Kingdom of Scotland, Carlisle became an important military stronghold; Carlisle Castle, still relatively intact, was built in 1092 by William Rufus, and once served as a prison for Mary, Queen of Scots. The castle now houses the Duke of Lancaster’s Regiment and the Border Regiment Museum. In the early 12th century, Henry I allowed the foundation of a priory in Carlisle. The town gained the status of a city when its diocese was formed in 1133, and the priory became Carlisle Cathedral.

Every August the Carlisle Food Fair is held in the pedestrianised area of the city centre. It plays host to produce from across the continent and features local produce including Cumberland sausage, Cumberland sauce and Cumberland Mustard.

Cumbria has more microbreweries than any other county and supplies a variety of ales to pubs and restaurants throughout Carlisle.

The Curse of Carlisle is a 16th-century curse that was first invoked by Archbishop Dunbar of Glasgow in 1525 against cross-border families, known as the Border Reivers, who lived by stealing cattle and pillage. For the millennium celebrations, the local council commissioned a 14-tonne granite artwork inscribed with all 1,069 words of the curse. Following the installation of the stone, Carlisle suffered floods, foot-and-mouth disease, job losses and a goal famine for the football team.

The City Council was considering whether to remove the stone in order to try and stop the bad luck which had struck the city. However, Kevin Carlyon, the self-titled “high priest of the British white witches” proclaimed that such actions would give the curse more power. He commented that: “A curse can only work if people believe in it. I think at the moment the sculpture is a nice piece of history, but if the council destroys it, they would be showing their belief in the curse.

The closest major Cities to Carlisle are Newcastle upon Tyne and Sunderland. 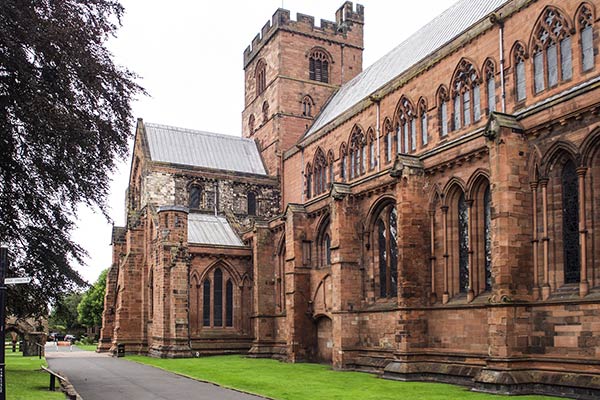 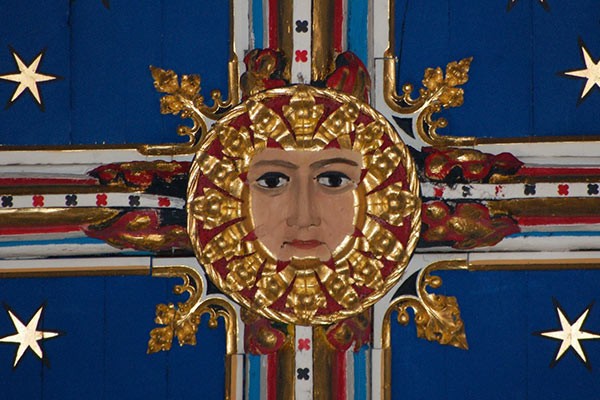