Airport Transfers to and from Cumbria

We supply airport taxi transfer to and from Cumbria in chauffeur-driven cars across the county to all UK airports and UK ports including: Heathrow, Gatwick, London City Airport, Luton and Stansted,  Bristol Airport,  as well as Southampton Airport, Dover,  Tilbury Docks and Portsmouth. Cars Exec run Cumbria airport transfers from the city of Carlisle and the major towns of Alston, Brampton, Cockermouth, Keswick, Maryport, Penrith, Whitehaven, Wigton, Workingtonand the surrounding countryside.

Our airport transfer rates are low, competitive with taxis and other Northumberland airport transfer shuttles, but in a choice of luxury cars and people carriers. Comfortable, clean and exclusive, we are a prompt, reliable, 24 hour airport taxi service. Choose from our Mercedes S-Class, Mercedes E-Class or Mercedes Viano for larger groups and get your holiday off to a stylish start.

We provide executive airport transfers to and from Cumbria to the following airports:

Our executive airport transfer service to and from Cumbria includes:

Personal and Corporate Chauffeur Services in and around Cumbria

We provide a professional service to business clients and VIPs visiting Cumbria and travelling to and from London. Using an executive car taxi service, we will ensure you or your guests get a professional, discreet and a courteous service every time.

Looking for a taxi transfer to and from a Cruise Ship Terminal in Cumbria? Why not start your cruise in style, we offer cost effective travel from Cumbria to the following ports:

Find out more about Cumbria

The county of Cumbria was created in April 1974 through an amalgamation of the previous counties of Cumberland and Westmorland and small parts of Lancashire (the part known as Lancashire over the sands) and West Riding of Yorkshire, which was also abolished at that time.

Cumbria must be looked at in two parts, a highland area and a lowland, coastal area. The hills of Cumbria form a great part of the exquisite Lake District. Derwentwater, Buttermere and Crummockwater, Ennerdale Water, Wast Water, and part of Ullswater lie in Cumbria. Above them rise mountains, including England’s highest mountain, Scafell Pike (3,210 feet).Also within Cumbria are Scafell, Skiddaw, Great Gable and Pillar. This is prime walking country for hardy souls. Beyond the green Eden valley, the Penines cross the east of Cumbria, with Cross Pell, 2,930 feet, the highest.

In the north is Carlisle, a cathedral city, whose massive castle and fortifications against the Scots still dominate much of the town. In the rest of Cumbria fortified churches and “peel houses” are found, built as a defence not so much against the Scots as against reivers, who terrorised the border country before the Union.

Cumbria’s coast has industrial towns, though industry has faded, leaving urban deprivation a problem, particularly in Whitehaven which was once a major port for the Atlantic trade.

Cumbria’s history is characterised by invasions, migration, and settlement, as well as battles and skirmishes between the English and the Scots. Notable historic sites in Cumbria include Carlisle Castle, Furness Abbey, Hardknott Roman Fort, Brough Castle and Hadrian’s Wall, also a World Heritage Site. 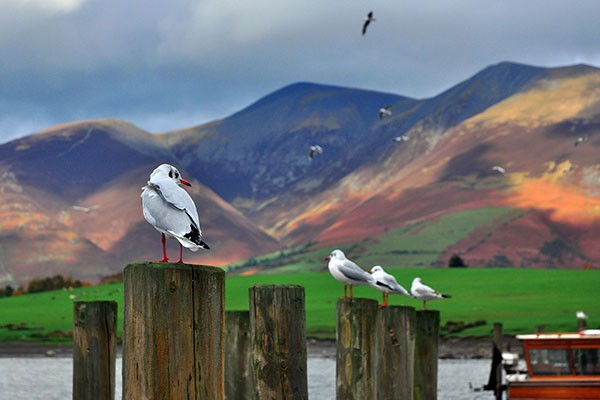 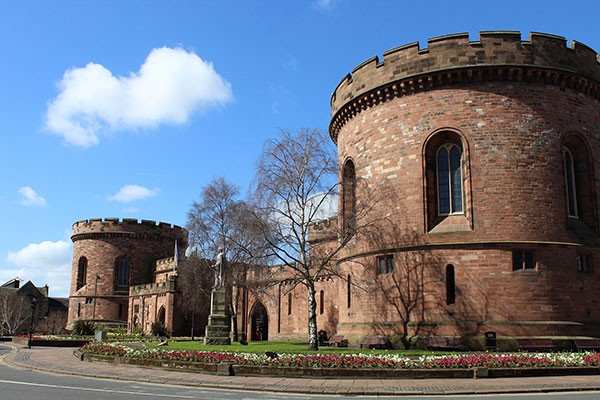 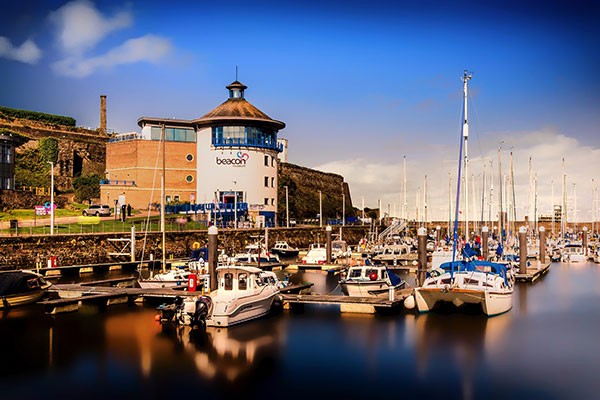