We offer affordable airport and seaport taxi transfers to and from Newcastle upon Tyne in Tyne and Wear to destinations across the UK. Our drivers specialise in long distance taxi journeys from Newcastle upon Tyne in comfortable Executive Cars to Gatwick, Heathrow,  London City Airport, Luton, Stansted as well as the seaport terminals of Dover, Southhampton and London Tilbury. Cars Exec provides chauffeur driven cars, all with 4G Wifi, at competitive taxi rates but in the comfort of our executive corporate and VIP chauffeur driven cars. Our prompt, reliable 24 hour airport taxi service to and from anywhere in the UK, as well as the London airports is available in our Mercedes S-Class, Mercedes E-Class or Mercedes Viano for larger groups.

Newcastle upon Tyne airport transfer to & from Heathrow Airport from £442

Newcastle upon Tyne airport transfer to & from Gatwick Airport from £472

Newcastle upon Tyne airport transfer to & from Stansted Airport from £457

Newcastle upon Tyne transfer to & from Dover Seaport from £517

Newcastle upon Tyne airport transfer to & from Liverpool Airport from £429

Newcastle upon Tyne airport transfer to & from Birmingham Airport from £405

Newcastle upon Tyne transfer to & from Southampton Seaport from £436

We provide executive airport transfers to and from Newcastle upon Tyne to all UK airports including:

Our executive airport transfer service from Newcastle upon Tyne includes:

UK Cruise Ship Transfers to and from Newcastle upon Tyne

Business and Corporate Chauffeur Services in Newcastle upon Tyne

Find out more about Newcastle upon Tyne

Newcastle upon Tyne, or Newcastle, is a city situated within the county of Tyne and Wear, which occupies the North East of England. The city sits on the North-western bank of the River Tyne. According to the 2010 census, Newcastle has a population of around 292,000 seeing it as the seventh most populous city within England and the highest within the North East region. The 14th century saw an important period in Newcastle with the city becoming a main location for wool trade, before moving with industrialisation and becoming a major centre for coal mining.

Newcastle is home to its regional and cultural Beer: Newcastle Brown Ale. The city also has famous roots with football acting as the home of Premier League football team Newcastle United who have a rich and long history in the footballing industry. St James Park being one of the more iconic stadiums within football. Newcastle also hosts the Great North Run following its birth in 1981, adding to Newcastle’s appeal for tourism. Following along the lines of tourism, Newcastle’s heart is often referred to the Grainger Town area, created on classical streets built by Richard Grainger in the 1800s. Grainger Town features Newcastle’s finest buildings and streets. Notable areas include: Grainger Market, Theatre Royal and the Grey Street.

Quayside and bridges on the Tyne

The Tyne Gorge, between Newcastle on the north bank and Gateshead—a separate town and borough—on the south bank, is known for a series of dramatic bridges, including the Tyne Bridge of 1928 which was built by Dorman Long of Middlesbrough, Robert Stephenson’s High Level Bridge of 1849, the first road/rail bridge in the world, and the Swing Bridge of 1876.

Large-scale regeneration has replaced former shipping premises with imposing new office developments; an innovative tilting bridge, the Gateshead Millennium Bridge was commissioned by Gateshead Council and has integrated the older Newcastle Quayside more closely with major cultural developments in Gateshead, including the BALTIC Centre for Contemporary Art, the venue for the Turner Prize 2011 and the Norman Foster-designed The Sage Gateshead music centre. The Newcastle and Gateshead Quaysides are now a thriving, cosmopolitan area with bars, restaurants and public spaces. As a tourist promotion, Newcastle and Gateshead have linked together under the banner “NewcastleGateshead”, to spearhead the regeneration of the North-East. The River Tyne had the temporary Bambuco Bridge in 2008 for ten days; it was not made for walking, road or cycling, but was just a sculpture.

Major cities close to Newcastle upon Tyne include: Bradford and Leeds. 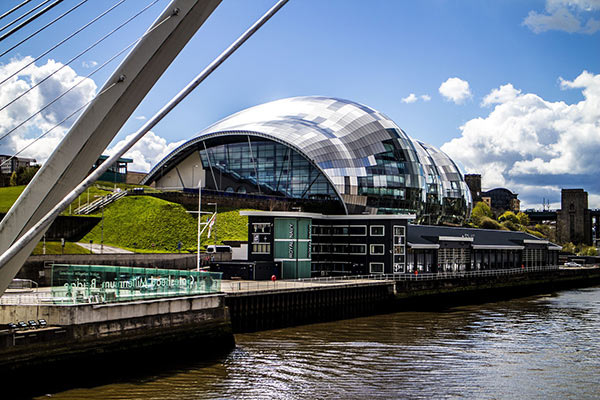 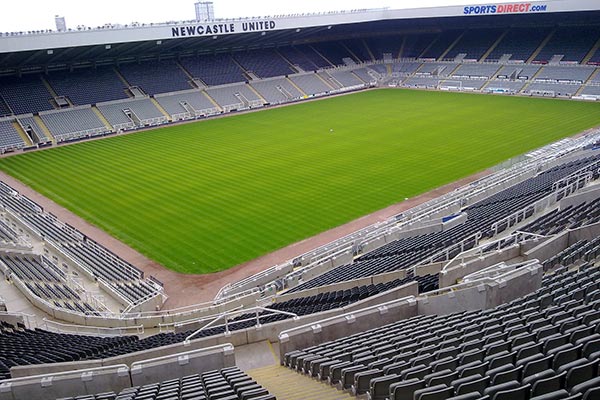