Airport Transfers to and from Northumberland

Our airport transfer rates are low, competitive with taxis and other Northumberland airport transfer shuttles, but in a choice of luxury cars and people carriers. Comfortable, clean and exclusive, we are a prompt, reliable, 24 hour airport taxi service. Choose from our Mercedes S-Class, Mercedes E-Class or Mercedes Viano for larger groups and get your holiday off to a stylish start.

We provide executive airport transfers to and from Northumberland to the following airports:

Our executive airport transfer service to and from Northumberland includes:

Personal and Corporate Chauffeur Services in and around Northumberland

We provide a professional service to business clients and VIPs visiting Northumberland and travelling to and from London. Using an executive car taxi service, we will ensure you or your guests get a professional, discreet and a courteous service every time.

Looking for a taxi transfer to and from a Cruise Ship Terminal in Northumberland? Why not start your cruise in style, we offer cost effective travel from Northumberland to the following ports:

Find out more about Northumberland

Northumberland is a large county, very rural and urban in its different parts. The coast of Northumberland stretches from the mouth of the Tyne to Berwick on Tweed.

Tynemouth is a major port, a busy industrial gateway, behind which is the Newcastle conurbation. North of the Tyne are a number of coastal towns but past Blythe is undisturbed rural Northumberland, where the coastline is generally low-lying and rocky, with numerous little bays.

Bamburgh Castle sits perched on a precipitous rock; the first seat of the Northumbrian kings, though the castle itself is rather more recent. Opposite Bamburgh are the Farne Islands stretching into the North Sea, of which the largest and most famous is Lindisfarne or Holy Island, which was the first Christian missionary centre in Northumbria.

Inland the bulk of the county is sparsely populated, a place of fells and dales amongst which the Cheviot Hills, spreading into Berwickshire, rise to 2,676 feet. Castles and peel towers abound; reminders of more lawless times.

Berwick-upon-Tweed is at the northernmost reach of Northumberland. On the north bank of the Tweed, there is still debate about whether it belongs to Northumberland at all, or to Berwickshire, or whether it is a free burgh in neither. Hadrian’s Wall crosses the south of Northumberland east to west, from Wallsend-on-Tyne out to the Solway coast in Cumberland; a remnant but an impressive one of the great Roman wall with forts and mile-castles dotted along it. Many Roman remains have been found along its length. 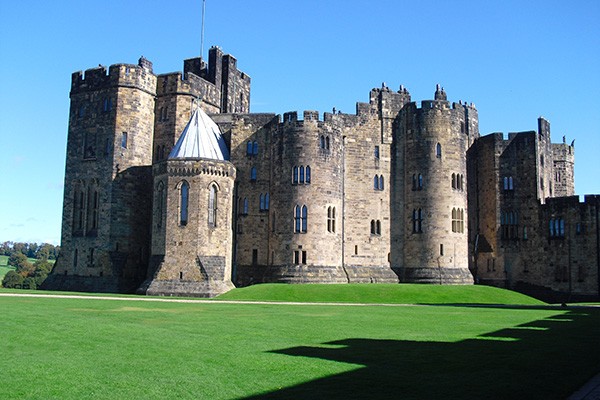 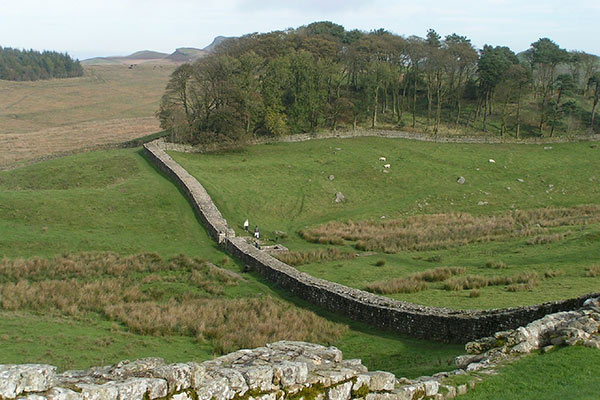 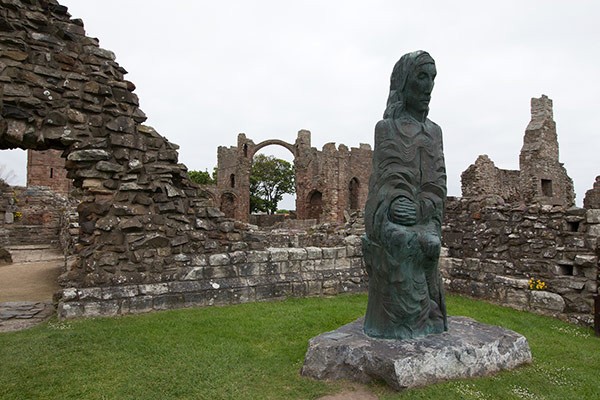