We offer affordable airport and seaport taxi transfers to and from Durham in County Durham to destinations across the UK. Our drivers specialise in long-distance taxi journeys from Durham in comfortable Executive Cars to Gatwick, Heathrow,  London City Airport, Luton, Stansted as well as the seaport terminals of Dover, Southhampton and London Tilbury. Cars-Exec® provide chauffeur driven cars, at competitive taxi rates but in the comfort of our gleaming, comfortable and exclusive chauffeur driven airport cars. Our prompt, reliable 24-hour airport taxi service to and from anywhere in the UK, as well as the London airports, is available in a choice of:

Durham airport transfer to & from Heathrow Airport from £541

Durham airport transfer to & from Gatwick Airport from £577

Durham airport transfer to & from London City Airport from £574

Durham airport transfer to & from Stansted Airport from £558

Durham transfer to & from Dover Seaport from £634

Durham airport transfer to & from St Ives from £562

Durham airport transfer to & from Holyhead from £628

Durham transfer to & from Southampton Seaport from £534

We provide executive airport transfers to and from Durham to all UK airports including:

UK Cruise Ship Transfers to and from Durham

Looking for a taxi transfer to a Cruise Ship Terminal from Durham? Why not start your cruise in style, we offer cost-effective travel from Durham to the following ports:

We provide a trusted, professional but discreet service to our business and corporate clients in Durham, with an impeccable chauffeur driven cars as well as luxury people carriers to Durham based UK Companies, international business and discerning private clients, travelling to and from London.

Find out more about Durham

Durham is a city located within the North East of England. Durham neighbours Newcastle upon Tyne in the South and Darlington in the north, and it is situated upon the River Wear. Durham is largely popular for its 11th-century castle and Norman Cathedral, which was both designated a World Heritage Site in 1986. Today, the castle operates as Durham University.

History suggests Durham’s land has links all the way back to 2000BC. Geographically, Durham has many advantages; most notably it was Durham’s position that played a key role in the defence of England to repel the Scottish.

The castle was originally built in the 11th century as a projection of the Norman power in Northern England, as the population of England in the north remained rebellious following the disruption of the Norman Conquest in 1066. It is an excellent example of the early motte and bailey castles favoured by the Normans. The holder of the office of Bishop of Durham was appointed by the King to exercise royal authority on his behalf and the castle was the centre of his command.

It remained the Bishop’s Palace for the Bishops of Durham[73] until Bishop William Van Mildert made Bishop Auckland their primary residence. A founder of Durham University, Van Mildert gave the castle as accommodation for the institution’s first college, University College. The castle was famed for its vast Great Hall, created by Bishop Antony Bek in the early 14th century. It was the largest great hall in Britain until Bishop Richard Foxe shortened it at the end of the 15th century. However, it is still 46 feet high and over 33 yards long. The castle is still the home of University College, Durham (which is, as a result, known informally as “Castle”). It has been in continuous use for over 900 years and is the only castle in the United Kingdom never to have suffered a breach

Major cities close to Durham include Leeds and Bradford. 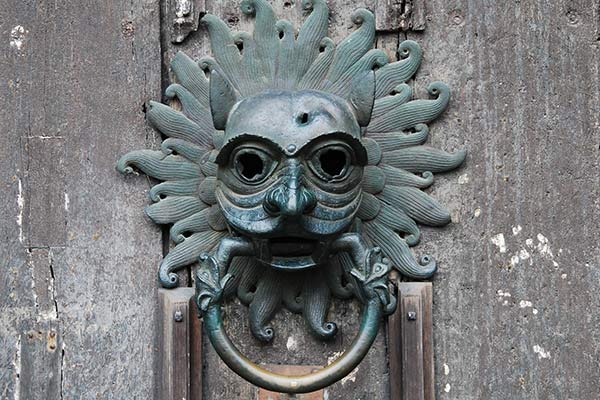 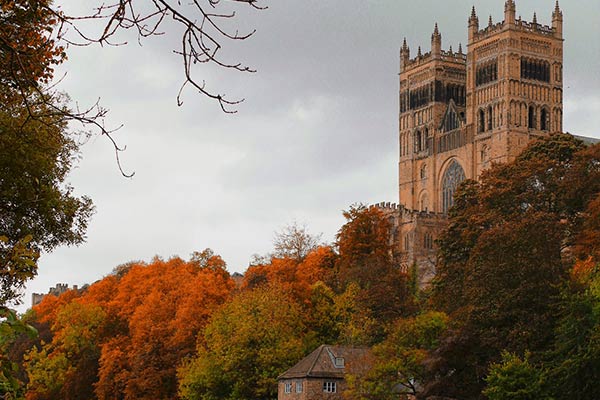