Airport Transfers and Long-Distance Taxis to and from Weymouth

Airport Transfers and Long-Distance Taxis Transfers to and from Weymouth

We specialise in affordable. long distance taxi transfers to and from Weymouth ​in Dorset to any town or city across the UK mainland, for those who wish to avoid travelling on public transport.

Cars Exec provide chauffeur driven cars, our prices are at competitive rates, in the comfort of our gleaming, comfortable and exclusive chauffeur driven airport cars. Our prompt, reliable 24-hour airport taxi service to and from Weymouth to anywhere in mainland UK, as well as the London airports is available in our fleet of: 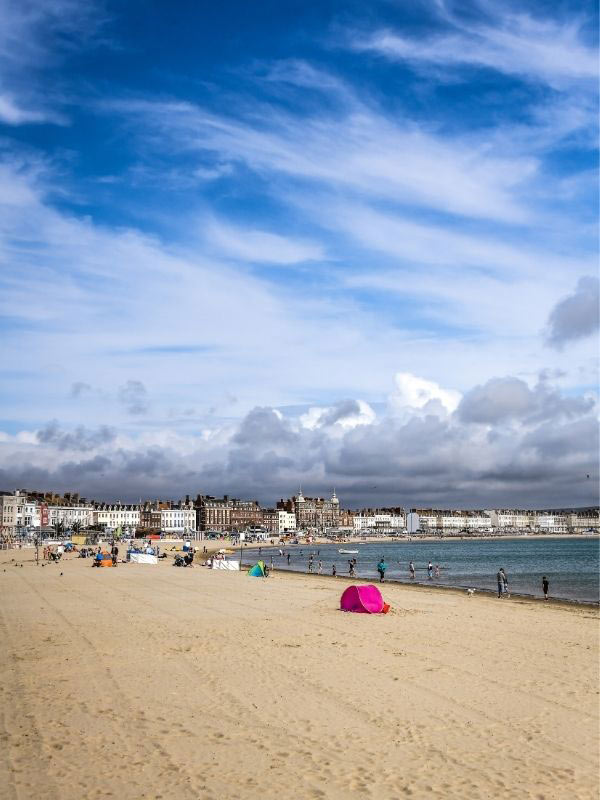 Long distance Taxi transfers prices to and from Weymouth ​to major UK airports, towns and cities at a glance

Weymouth taxi transfer to & from Heathrow Airport from £276

Weymouth taxi transfer to & from Gatwick Airport from £306

Weymouth taxi transfer to & from Manchester Airport from £397

Weymouth taxi transfer to & from Leeds from £451

Weymouth taxi transfer to & from York from £474

Weymouth taxi transfer to & from Harrogate from £476

Weymouth taxi transfer to & from Liverpool from £421

Weymouth taxi transfer to & from Glasgow from £650

We provide long distance taxi transfers to and from Weymouth to all UK towns, cities and airports including: 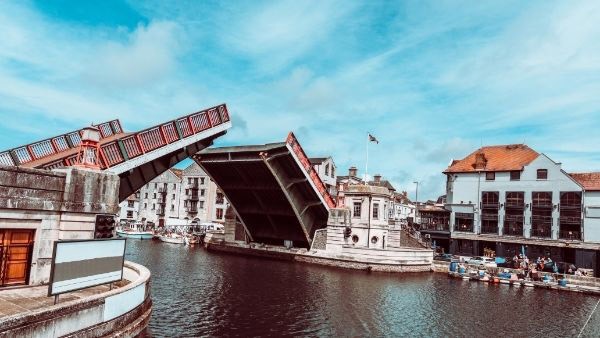 UK Cruise Ship Transfers to and from Weymouth

Looking for a taxi transfer to a Cruise Ship Terminal from Weymouth? Why not start your cruise in style, we offer cost effective travel from Weymouth to the following ports:

We provide a trusted, professional but discreet service to our business and corporate clients in Weymouth, with impeccable chauffeur driven cars as well as luxury people carriers to Weymouth based UK Companies, international business and discerning private clients, travelling to and from London.

Find out more about Weymouth

Weymouth is a seaside town in Dorset, on the English Channel coast of England. Situated on a sheltered bay at the mouth of the River Wey, 7 miles south of the county town of Dorchester. It is the third largest settlement in Dorset after Bournemouth and Poole.

A seaside resort, Weymouth and its economy depend on tourism. Visitors are attracted by its harbour and position, halfway along the Jurassic Coast, a World Heritage Site, important for its geology and landforms. Once a port for cross-channel ferries, Weymouth Harbour is now home to a commercial fishing fleet, pleasure boats and private yachts, while nearby Portland Harbour is the location of the Weymouth and Portland National Sailing Academy, where the sailing events of the 2012 Olympic Games and Paralympic Games were held.

The history of the town stretches back to the 12th century and includes roles in the spread of the Black Death, the settlement of the Americas and the development of Georgian architecture. It was a major departure point for the Normandy Landings during World War II.

Tourism is important to the local economy, employing 17% of the local workforce. In 2019, over two million day trips and 469,600 longer stays, brought £209,560,000 of visitor’s money into the Weymouth and Portland area. Weymouth’s coast and beaches, lakes, museums, aquarium, and two shopping centres are the main attractions for visitors. The visitor accommodation consists of hotels on the seafront, guest houses around the town centre, and caravan and camping sites just out of town, including three sites owned by Haven and British Holidays: Littlesea, Seaview and Weymouth Bay

During World War I, about 120,000 Australian and New Zealand Army Corps personnel convalesced in Weymouth after being injured at Gallipoli or other theatres of the war; the existing army camps and mild climate made it an ideal location. Most of the soldiers were repatriated in 1919; some stayed and married local women.

Weymouth’s military importance made it a target for German bombing during World War II. The air raids destroyed 1,200 civilian dwellings and killed 76 civilians, and the high street was so badly damaged that much of it had to be demolished after the war. In September 1942 the first full-scale testing of the bouncing bomb was carried out west of the town, on the lagoon behind Chesil Bank. Tens of thousands of Allied troops departed Weymouth on D-Day, bound for Normandy beaches that included Omaha and Utah. By the time the conflict in Europe had ended, 517,816 troops and 144,903 vehicles had been through the port 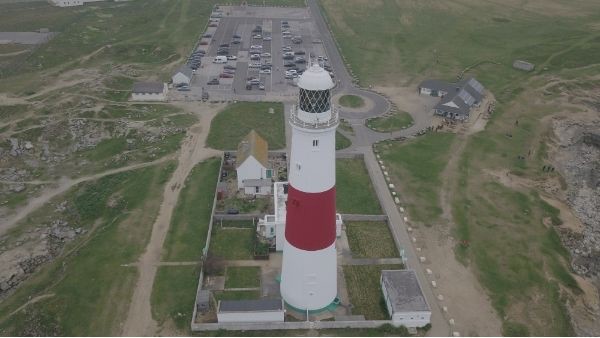 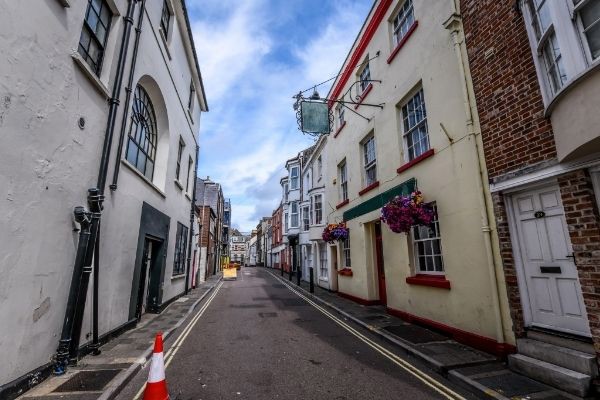 Map of Weymouth in Dorset