Airport Transfers to and from Dorset

Cars Exec offer airport transfers to and from Dorset to all the London airports: Heathrow, Gatwick, London City Airport, Luton and Stansted  as well as Bournemouth, Exeter, Southampton and Bristol Airport. Cars Exec run airport transfers from the major towns of Dorchester, Shaftesbury, Weymouth, Poole and Bournemouth  as well as the surrounding countryside. We keep our rates low, competitive with taxis and other Dorset airport transfer shuttles, but in a choice of Mercedes luxury cars and people carriers. Comfortable, clean and exclusive, we are a prompt, reliable, 24 hour airport taxi service to major UK airports. Choose from our Mercedes S-Class, Mercedes E-Class or Mercedes Viano for larger groups and get your holiday off to a stylish start.

We provide executive airport transfers to and from Dorset to:

Our executive airport transfer service to and from Dorset includes:

Personal and Corporate Chauffeur Services in and around Dorset

We provide a professional service to business clients and VIPs visiting Dorset and travelling to and from London. Using an executive car taxi service, we will ensure you or your guests get a professional, discreet and a courteous service every time.

UK Cruise Ship Transfers to and from Dorset

Looking for a taxi transfer to a Cruise Ship Terminal to and from Dorset? Why not start your cruise in style, we offer cost effective travel from Dorset to the following ports:

Find out more about Dorset

Dorset is a county in South West England on the English Channel coast, which  borders Devon to the west, Somerset to the north-west, Wiltshire to the north-east, and Hampshire to the east. The county town is Dorchester which is in the south.

The county has a long history of human settlement stretching back to the Neolithic era. The Romans conquered Dorset’s indigenous Celtic tribe, and during the early Middle Ages, the Saxons settled the area and made Dorset a shire in the 7th century. The first recorded Viking raid on the British Isles occurred in Dorset during the eighth century, and the Black Death entered England at Melcombe Regis in 1348.

During the Second World War, Dorset was heavily involved in the preparations for the invasion of Normandy, and the large harbours of Portland and Poole were two of the main embarkation points. The former was the sailing venue in the 2012 Summer Olympics, and both have clubs or hire venues for sailing, Cornish pilot gig rowing, sea kayaking and powerboating.

Dorset has a varied landscape featuring broad elevated chalk downs, steep limestone ridges and low-lying clay valleys. Over half the county is designated as an Area of Outstanding Natural Beauty. Three-quarters of its coastline is part of the Jurassic Coast Natural World Heritage Site due to its geological and palaeontologic significance.

Tourism has grown in Dorset since the late 18th century and is now the predominant industry, it is estimated that 37,500 people work in Dorset’s tourism sector.

Dorset hosts a number of annual festivals, fairs and events including the Great Dorset Steam Fair near Blandford, the Bournemouth Air Festival, The Spirit of the Seas is a maritime festival held in Weymouth and Portland. The Dorset County Show, is a celebration of Dorset’s agriculture. In addition to the smaller folk festivals held in towns such as Christchurch and Wimborne, Dorset holds several larger musical events such as Camp Bestival, Endorse It in Dorset, End of the Road and the Larmer Tree Festival. 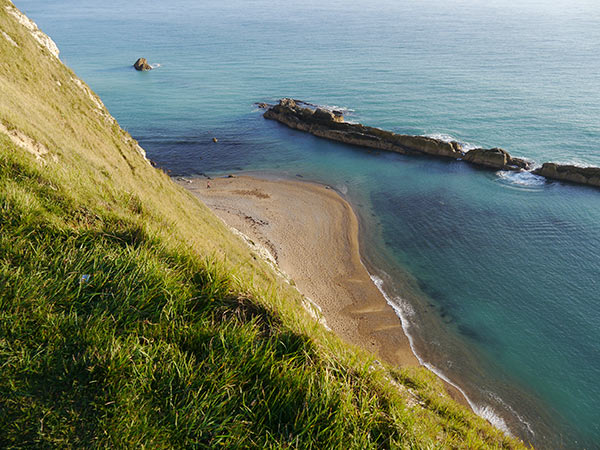