Airport Transfers and Long Distance Taxis to and from Paignton, Devon

Airport Transfers and Long Distance Taxis Transfers to and from Paignton, in Devon

We specialise in affordable. long distance taxi transfers to and from Paignton in Devon to any town or city across the UK mainland, for those who wish to avoid travelling on public transport.

Cars Exec provide chauffeur driven cars, our prices are at competitive rates, in the comfort of our gleaming, comfortable and exclusive chauffeur driven airport cars. Our prompt, reliable 24-hour airport taxi service to and from Paignton to anywhere in mainland UK, as well as the London airports, is available in our fleet of: 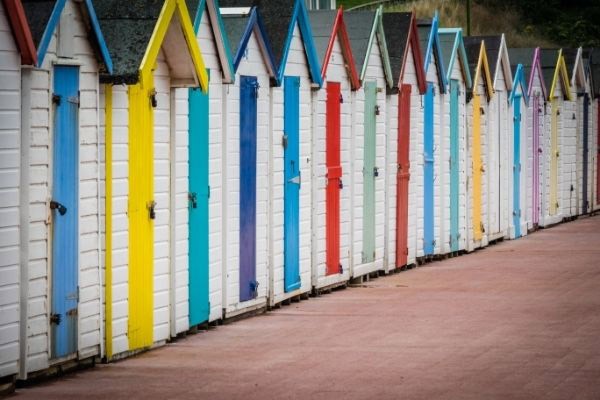 Long distance Taxi transfers prices to and from Paignton ​to major UK airports, towns and cities at a glance

Paignton taxi transfer to & from Heathrow Airport from £397

Paignton taxi transfer to & from Gatwick Airport from £400

Paignton taxi transfer to & from Ipswich from £559

Paignton taxi transfer to & from Leeds from £552

Paignton taxi transfer to & from Cambridge from £495

Paignton taxi transfer to & from Blackpool from £550

Paignton taxi transfer to & from Durham from £670

Paignton taxi transfer to & from Dundee from £923

We provide long distance taxi transfers to and from Paignton to all UK towns, cities and airports including: 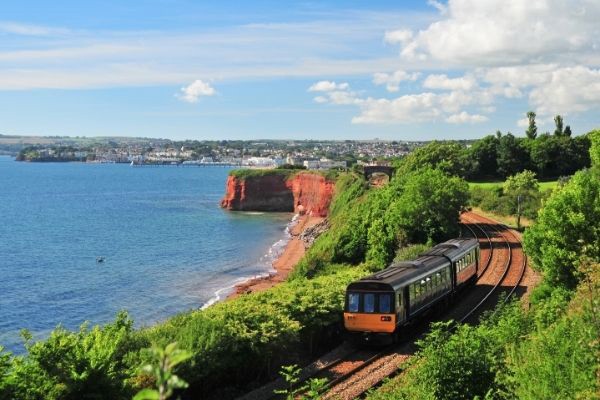 UK Cruise Ship Transfers to and from Paignton

Looking for a taxi transfer to a Cruise Ship Terminal from Paignton? Why not start your cruise in style, we offer cost effective travel from Paignton to the following ports:

We provide a trusted, professional but discreet service to our business and corporate clients in Paignton, with impeccable chauffeur driven cars as well as luxury people carriers to Paignton based UK Companies, international business and discerning private clients, travelling to and from London.

Find out more about Paignton

Originally a Celtic settlement, Paignton was a fishing village right up until the 19th century when the harbour was built. The arrival of the railway in 1859 brought crowds of visitors and the town quickly became a favourite tourist destination for the Victorians. Today, Paignton is a landmark of the English Riviera and continues to be one of the most popular resorts in the UK.

Paignton is part of the English Riviera and when you visit, you can see why! The palm trees that are dotted about the centre give the impression that you’re on a continental holiday and when the sun shines, you can imagine yourself being almost anywhere in the world.

Like the neighbouring Torquay, Paignton is part of the UNESCO accredited English Riviera Global Geopark that celebrates its extraordinary history and natural beauty, a testament to both its coast and countryside.

One of the many joys of Paignton is that it’s so easy to get around with the beautiful sandy beaches, the promenade and the green an easy stroll along flat paths. It is certainly an accessible resort if you or someone you are travelling with has mobility issues, and family friendly for prams and pushchairs, and is popular with group days out and coach holidays for this very reason.

Paignton is home to several of Devon’s top attractions including the famous zoo, as well as family friendly activities and accommodation making it the perfect place to spend a family holiday.

The harbour is part of England’s seafood coast, being right next to Brixham, visitors to Paignton are in the right place to sample some of the amazing fresh fish that is on offer at restaurants and hotels around the town.

Paignton is a great site for anyone with an interest in crime novels and literatiure, you can easily get to Agatha Christie’s famous residence, Greenway, via river boat and steam train. Paignton’s train station will offer you a great way to travel around Devon and make the most of the amazing coastal railway route.

Paignton is mentioned in the Domesday Book of AD 1086 as Peintone in the ancient hundred of Kerswell.  Formerly written Peynton, Payngton and Paington, the name is derived from “Paega” an Anglo-Saxon personal name, “ing” meaning “the people of” and “ton” an enclosure, estate or homestead, the original Anglo-Saxon settlement. Originally, the beach was backed by low sand dunes with marshes behind on the flat land between the sea and the hills behind. The settlement grew up on the dry ground at the foot of the hills, and also as a separate hamlet in the shelter of Roundham Head, which was a fishing settlement.

Paignton was a small fishing and farming village (noted for grapes, cabbages and cider) until the 19th century, when in 1837 the Paington Harbour Act led to the construction of a new harbour. Around the same time, the modern spelling, Paignton, first appeared. The historic part of Paignton is centred on Church Street, Winner Street and Palace Avenue which contain fine examples of Victorian architecture. Kirkham House is a late medieval stone house which is open to the public at certain times of the year. The Coverdale Tower adjacent to Paignton Parish Church is named after Bishop Miles Coverdale, who published an English translation of the Bible in 1536. Coverdale was Bishop of Exeter between 1551 and 1553 and is reputed to have lived in the tower although this is doubted by modern historians.

The Railway to Paignton

The railway line to Paignton was built by the Dartmouth and Torbay Railway, and opened to passengers on 2 August 1859, providing Torquay and Paignton with a link to London.

The Paignton Pudding, first made in the 13th century, is the origin of the nickname pudden eaters for the people of Paignton. The puddings were made infrequently and were of great size. When thousands turned up hoping to obtain a piece of a huge pudding that had been baked to celebrate the arrival of the railway chaos occurred and the event became notorious. A Paignton Pudding was baked in 1968 to celebrate the town’s charter, and another baked in 2006 to mark the 200th anniversary of the birth of the engineer, Isambard Kingdom Brunel.

Paignton’s economy relies extensively on tourism and the town is marketed as a location for family holidays. The main seafront area is dominated by Paignton Pier, a 780-foot (240 m) long structure opened in 1879. It was designed by George Soudon Bridgman, the local architect who also designed the original Oldway Mansion.

The Festival Theatre, opened in 1967, was once a seafront theatre capable of staging large summer shows. In 1999 it was converted into a multiscreen cinema. The Torbay Air Show, launched in 2016, is held over the Bay in front of Paignton Sands in early June annually. The Paignton Festival (formerly known as the “Torbay Carnival”) is over 100 years old and is held annually in late July. It features a Carnival Procession together with various entertainments and charity stalls on The Green.

Regatta Week during early August is the peak holiday season. During this period there is a funfair on Paignton Green, along with a large fireworks display. Later in August is Children’s Week, which includes a wide range of events and competitions. Paignton has a variety of holiday accommodation, complemented by numerous pubs, nightclubs and restaurants. 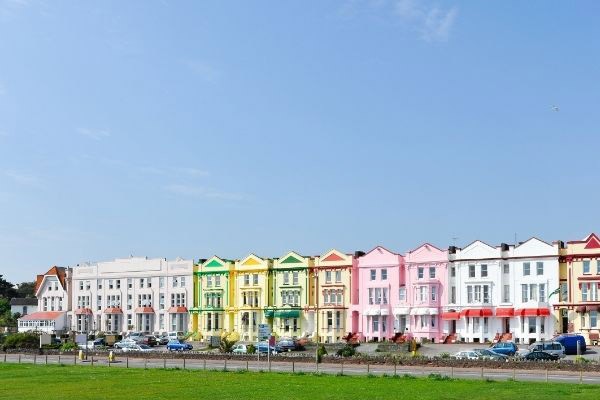 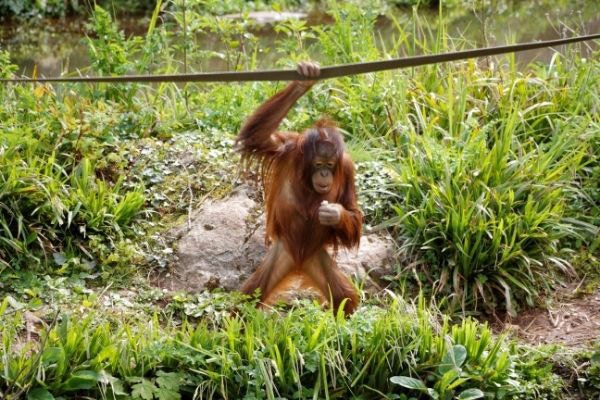 Map of Paignton in Devon