Airport Transfers and Long Distance Taxis to and from Lyme Regis, Devon

Airport Transfers and Long Distance Taxis Transfers to and from Lyme Regis, in Devon

We specialise in affordable. long distance taxi transfers to and from Lyme Regis in Dorset to any town or city across the UK mainland, for those who wish to avoid travelling on public transport.

Cars Exec provide chauffeur driven cars, our prices are at competitive rates, in the comfort of our gleaming, comfortable and exclusive chauffeur driven airport cars. Our prompt, reliable 24-hour airport taxi service to and from Lyme Regis to anywhere in mainland UK, as well as the London airports, is available in our fleet of: 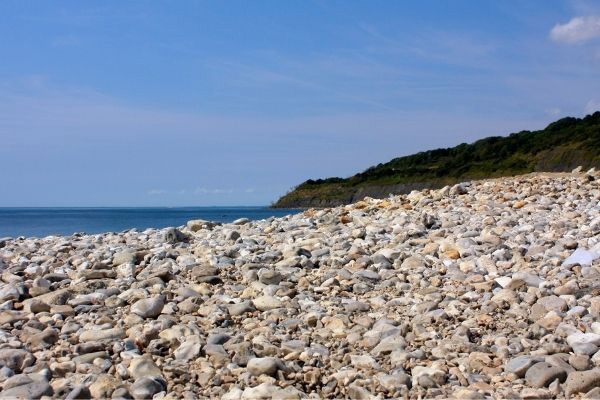 Long distance Taxi transfers prices to and from Lyme Regis ​to major UK airports, towns and cities at a glance

Lyme Regis taxi transfer to & from Heathrow Airport from £381

Lyme Regis taxi transfer to & from Gatwick Airport from £401

Lyme Regis taxi transfer to & from Holyhead from £641

Lyme Regis taxi transfer to & from Leeds from £564

Lyme Regis taxi transfer to & from Skegness from £591

Lyme Regis taxi transfer to & from Cambridge from £480

Lyme Regis taxi transfer to & from Liverpool from £518

Lyme Regis taxi transfer to & from Edinburgh from £842

We provide long distance taxi transfers to and from Lyme Regis to all UK towns, cities and airports including: 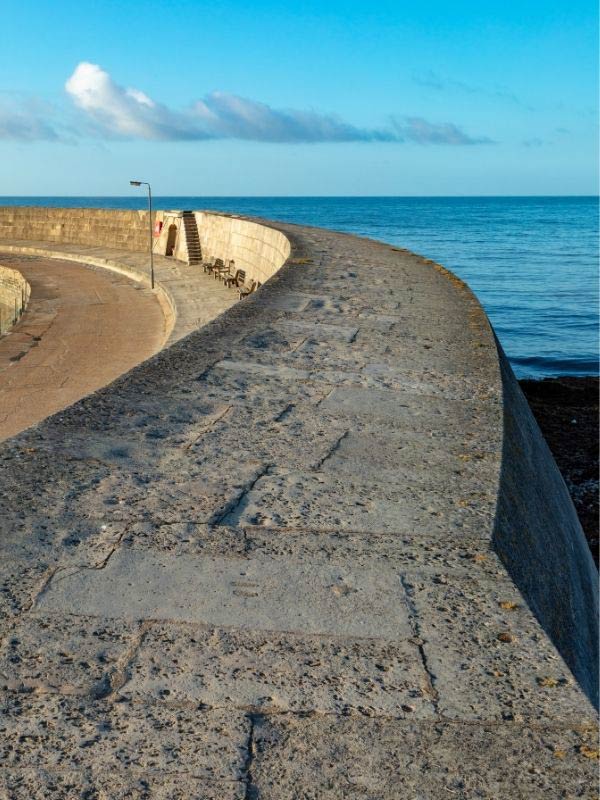 UK Cruise Ship Transfers to and from Lyme Regis

Looking for a taxi transfer to a Cruise Ship Terminal from Lyme Regis? Why not start your cruise in style, we offer cost effective travel from Lyme Regis to the following ports:

We provide a trusted, professional but discreet service to our business and corporate clients in Lyme Regis, with impeccable chauffeur driven cars as well as luxury people carriers to Lyme Regis based UK Companies, international business and discerning private clients, travelling to and from London.

Find out more about Lyme Regis

Lyme Regis is a town in West Dorset, England, 25 miles west of Dorchester and east of Exeter. Sometimes dubbed the “Pearl of Dorset”, it lies on Lyme Bay on the English Channel coast at the Dorset–Devon border. It has noted fossils in cliffs and beaches on the Heritage or Jurassic Coast, a World Heritage Site. The harbour wall, known as The Cobb, appears in Jane Austen’s novel Persuasion, the John Fowles novel The French Lieutenant’s Woman and the 1981 film of that name, partly shot in the town.

Lyme Regis boasts breath-taking scenery and a special mystique, making it a sparkling resort for all seasons. Its historic Cobb and harbour are iconic features, set against moody blue cliffs yielding fossilised evidence of life on earth millions of years ago.

An ancient town featured in the Domesday Book, Lyme Regis is home to a number of historical landmarks and educational attractions. The picturesque and tranquil Lyme Regis is a great place to discover a lot you didn’t know about the UK’s heritage.

The History of Lyme Regis

In Saxon times, the abbots of Sherborne Abbey had salt-boiling rights on land adjacent to the River Lym, and the abbey once owned part of the town. Lyme is mentioned in the Domesday Book of 1086. In the 13th century, it developed as one of the major British ports. A Royal Charter was granted by King Edward I in 1284 when “Regis” was added to the town’s name. The charter was confirmed by Queen Elizabeth I in 1591.

John Leland visited in the 16th century and described Lyme as “a praty market town set in the rootes of an high rokky hille down to the hard shore. There cummith a shalow broke from the hilles about a three miles by north, and cummith fleting on great stones through a stone bridge in the bottom.”

Between the 1820s and her death in 1849 Mary Anning, a geological pioneer, found and identified dinosaur fossils in cliffs to the east of Lyme Regis, for which she obtained recognition, mostly after her death. Recognition was hampered by her gender and lack of wealth.

The town’s beaches and cliffs are noted for fossils. They are part of the Heritage Coast — known commercially as the Jurassic Coast – a World Heritage Site stretching for 95 miles, from Orcombe Point near Exmouth in the west, to Old Harry Rocks in the east. The coastal exposures provide a continuous sequence of Triassic, Jurassic and Cretaceous rock formations, spanning some 185 million years of the Earth’s history. Localities along the Jurassic Coast include a large range of important fossil zones.

Many of the earliest discoveries of dinosaur and other prehistoric reptile remains were made in the area around Lyme Regis, notably those discovered by Mary Anning (1799–1847). Significant finds include Ichthyosaurus, Plesiosaurus, Dimorphodon, Scelidosaurus (one of the first armoured dinosaurs) and Dapedium. 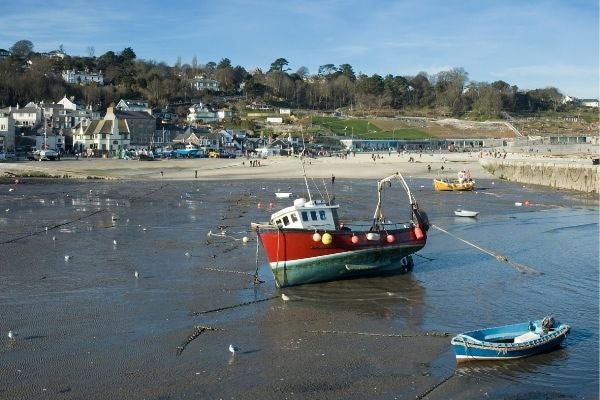 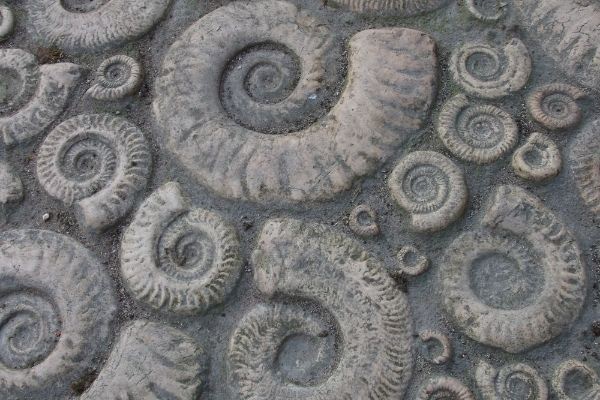 Map of Lyme Regis ​in Dorset