Airport Transfers to and from Cornwall

Are you are looking for airport  transfers from Cornwall? Cars Exec specialise in chauffeur driven airport transfers from Cornwall, its cities such as Penzance, towns, St Ives, and surrounding villages to Heathrow and all the London airports as well as Exeter, Bristol, Southampton, and Birmingham. Our rates are the same as a taxi but in a choice of Mercedes luxury cars and people carriers. Get a quote or give us a call, we won’t be beaten on price!

Comfortable, clean and exclusive. Exec Cars provides a prompt, reliable 24 hour airport taxi service. Choose from our Mercedes S-Class, Mercedes E-Class or Mercedes Viano for larger groups and get your holiday off to a stylish start.

We provide executive airport transfers from Cornwall to all UK airports including:

Personal and Corporate Chauffeur Services to and from Cornwall

We provide a professional service to business clients and VIPs visiting Plymouth and travelling to and from London. Using an executive car taxi service, we will ensure you or your guests get a professional, discreet and a courteous service every time.

UK Cruise Ship Transfers to and from Cornwall

Looking for a taxi transfer to a Cruise Ship Terminal to and from Cornwall? Why not start your cruise in style, we offer cost effective travel from anywhere in Cornwall to the following ports:

Find out more about Cornwall

In Cornwall, Land’s End is the westernmost point of mainland England in the South West, and the Lizard its southernmost coastal tip. Just twenty-eight miles southwest of Land’s End lay the lovely Isles of Scilly. Cornwall could be called triangular in shape, surrounded to the north and south by the sea and on the east by is the stunning River Tamar, which forms the border with it’s only bordering county Devon. Both coasts provide amazing scenery, its granite cliffs have been beaten over the years by the full force of the Atlantic Ocean. Southern Cornwall is a little more protected and has long, twisting creeks bringing the tide deep into the land, which were once ideal for smugglers. Inland are farms and moorland. There are many prehistoric remains on the moors and hills. Cornwall’s rough and rugged landscape has inspired poets, novelists and artists for centuries. The old industries (or at least the lawful ones) were tin mining (now practically ended after 3,000 years), fishing, and subsistence grazing on the moors. Now tourism dominates, drawn by Cornwall’s beauty and fine weather. The Prince of Wales is Duke of Cornwall, the Duchy owning much of the county. Historically Cornwall was a separate kingdom, being absorbed into English Wessex only in the 9th or 10th century. 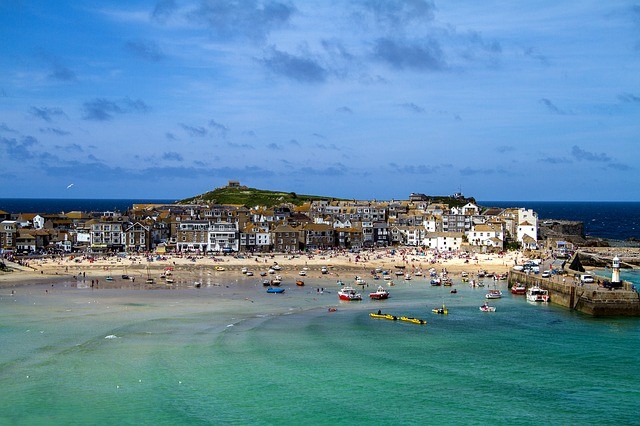 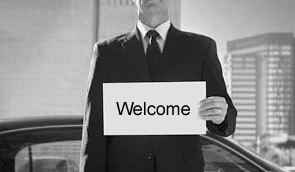