Airport Transfers and Long-Distance Taxis to and from Skegness

Airport Transfers and Long-Distance Taxis Transfers to and from Skegness

We specialise in affordable. long distance taxi transfers to and from Skegness in Lincolnshire to any town or city across the UK mainland, for those who wish to avoid travelling on public transport.

Cars Exec provide chauffeur driven cars, our prices are at competitive rates, in the comfort of our gleaming, comfortable and exclusive chauffeur driven airport cars. Our prompt, reliable 24-hour airport taxi service to and from Skegness to anywhere in mainland UK, as well as the London airports and seaports, is available in our fleet of: 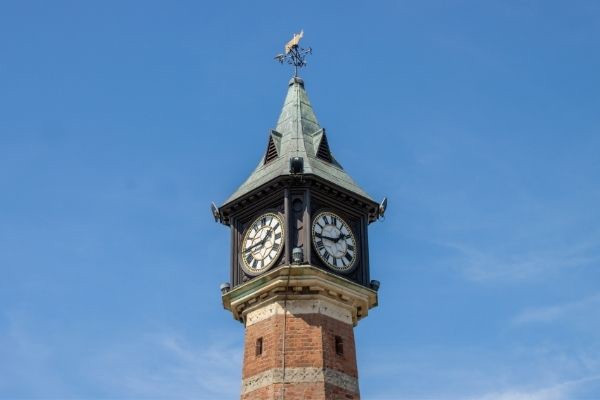 Long-distance Taxi transfers prices to and from Skegness ​to major UK airports, towns and cities at a glance

Skegness taxi transfer to & from Heathrow Airport from £600

Skegness taxi transfer to & from Gatwick Airport from £630

Skegness taxi transfer to & from Holyhead from £810

Skegness taxi transfer to & from Dover seaport from £699

Skegness taxi transfer to & from Polzeath from £605

Skegness taxi transfer to & from Southampton Cruise Terminal from £590

Skegness taxi transfer to & from St Ives from £661

Skegness taxi transfer to & from Woolacombe from £621

We provide long-distance taxi transfers to and from Skegness  to all UK towns, cities and airports including: 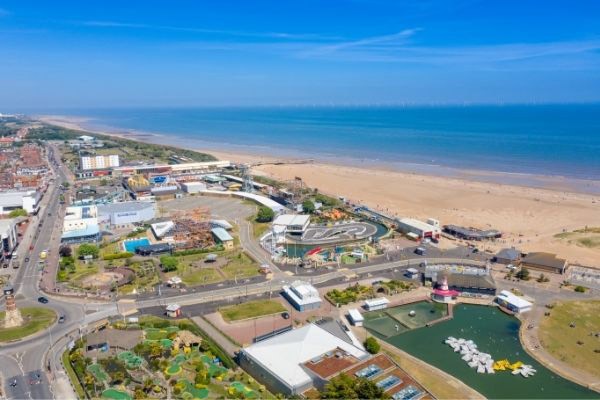 UK Cruise Ship Transfers to and from Skegness

Looking for a taxi transfer to a Cruise Ship Terminal from Skegness? Why not start your cruise in style, we offer cost-effective travel from Skegness to the following ports:

We provide a trusted, professional but discreet service to our business and corporate clients in Skegness, with impeccable chauffeur driven cars as well as luxury people carriers to Skegness based UK Companies, international business and discerning private clients, travelling to and from London.

Find out more about Skegness

Skegness is a seaside town and civil parish in the East Lindsey District of Lincolnshire, England. On the Lincolnshire coast of the North Sea, the town is 43 miles east of Lincoln and 22 miles north-east of Boston. It is the largest settlement in East Lindsey. It also incorporates Winthorpe and Seacroft, and forms a larger built-up area with the resorts of Ingoldmells and Chapel St Leonards to the north.

The Origins of Skegness

The original Skegness was situated farther east at the mouth of The Wash. Its Norse name refers to a headland that sat near the settlement. By the 14th century, it was a locally important port for coastal trade. The natural sea defences which protected the harbour eroded in the later Middle Ages, and it was lost to the sea after a storm in the 1520s. Rebuilt along the new shoreline, early modern Skegness was a small fishing and farming village, but from the late 18th century members of the local gentry visited for holidays.

The arrival of the railways in 1873 transformed it into a popular seaside resort. This was the intention of The 9th Earl of Scarbrough, who owned most of the land in the vicinity; he built the infrastructure of the town and laid out plots, which he leased to speculative developers. This new Skegness quickly became a popular destination for holiday-makers and day-trippers from the East Midlands factory towns. By the interwar years, the town was established as one of the most popular seaside resorts in Britain. The layout of the modern seafront dates to this time and holiday camps were built around the town, including the first Butlin’s holiday resort which opened in Ingoldmells in 1936.

Despite the arrival of several manufacturing firms since the 1950s and Skegness’s prominence as a local commercial centre, the tourism industry remains very important for the economy and employment. But the tourism service economy’s low wages and seasonal nature, along with the town’s ageing population, have contributed towards high levels of relative deprivation among the resident population. 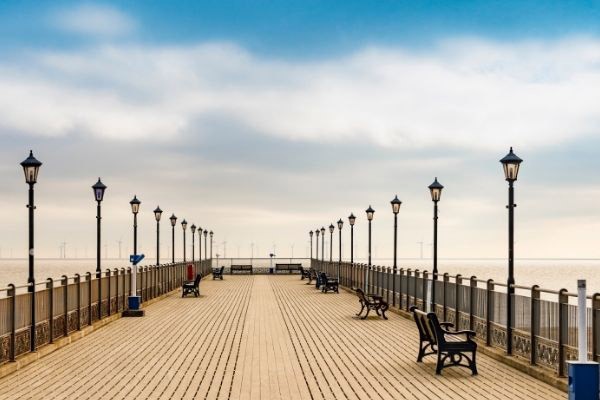 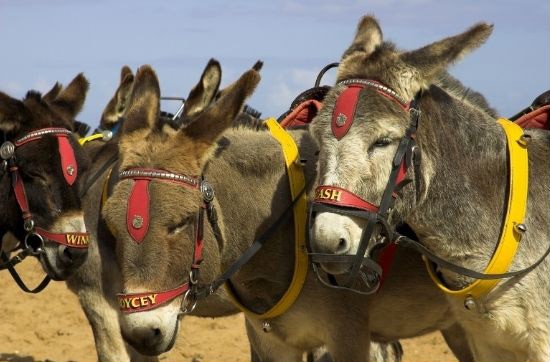 Map of Skegness in Lincolnshire