We specialise in chauffeur-driven airport transfers in Lincolnshire to all UK airports including: Birmingham Airport,  East Midlands Airport, Humberside Airport, Doncaster Sheffield Airport, Retford Gamston Airport, Norwich, Luton and Stansted  as well as Heathrow and Gatwick. Cars Exec run Lincolnshire airport transfers from the city of Lincoln and the major towns of  Cleethorpes, Scunthorpe, Grimsby, Grantham, Boston and Louth and the surrounding countryside.

Our airport transfer rates are low, competitive with taxis and other Herefordshire airport transfer shuttles, but in a choice of luxury cars and people carriers. Comfortable, clean and exclusive, we are a prompt, reliable, 24 hour airport taxi service. Choose from our Mercedes S-Class, Mercedes E-Class or Mercedes Viano for larger groups and get your holiday off to a stylish start.

We provide executive airport transfers from Lincolnshire to:

Our executive airport transfer service to and from Lincolnshire includes:

Personal and Corporate Chauffeur Services in and around Lincolnshire

We provide a professional service to business clients and VIPs visiting Lincolnshire and travelling to and from London. Using an executive car taxi service, we will ensure you or your guests get a professional, discreet and a courteous service every time.

Find out more about Lincolnshire

Lincolnshire has its own airport, Humberside Airport, in the north of the county at Kirmington (a former RAF bomber airfield), between Scunthorpe, Grimsby and Lincoln. Several others are fairly easily accessible by either road or rail.

The county is famous for its pork pies, Haslet, Grantham gingerbread and Lincolnshire sausages.

Lincolnshire is a large county; in England the biggest after Yorkshire. It is divided into the three parts; Holland (the southwest), Kesteven (the southeast) and Lindsey (the north). The county lies along the North Sea coast and extends from the Humber estuary in the north to Cambridgeshire and Northamptonshire in the south. The North Sea coast runs into the sea with long tidal mudflats and sandy beaches for its whole length, so that the tide may run out a mile from where the map shows. The southern end of the county’s coast is part of the Wash. Lincolnshire is mainly flat with a great deal of drained fenland particularly in the south of the county.

There is one remarkable range of hills; the Lincoln Edge, a narrow ridge which runs in a straight line almost due north for some forty miles, through Lincoln and on, though “the Heights” as it is known, will rarely reach even 200 feet above sea level. Only the Lincolnshire Wolds in western Lindsey and the hills spreading out of Leicestershire into Kesteven have any claim to altitude.

The land of Lincolnshire is rich arable land. The City of Lincoln stands on the Lincoln Edge, tumbling down to the River Withan and up again. It is a city of medieval charm, with a great castle at its peak. At the northern edge of the county are the Humber towns, Scarborough and Grimsby. Both are port towns. Immingham too, near Grimsby, is a main port for the Norwegian trade. At the very opposite end, on the southern border with Northamptonshire, Stamford is a jewel built in rich Barnack rag stone, which has made it every producer’s favourite regency film set. 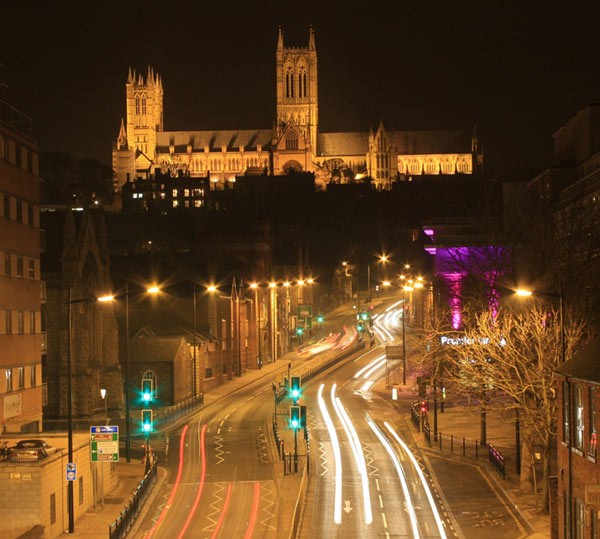 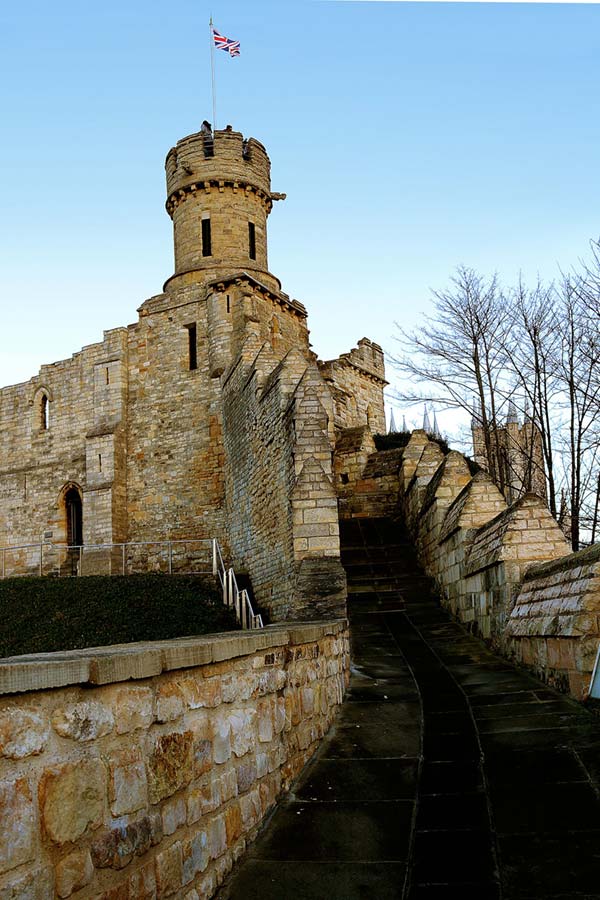