Airport Transfers and Long-Distance Taxis to and from Scarborough

Airport Transfers and Long-Distance Taxis Transfers to and from Scarborough

We specialise in affordable. long distance taxi transfers to and from Scarborough in North Yorkshire to any town or city across the UK mainland, for those who wish to avoid travelling on public transport.

Cars Exec provide chauffeur driven cars, our prices are at competitive rates, in the comfort of our gleaming, comfortable and exclusive chauffeur driven airport cars. Our prompt, reliable 24-hour airport taxi service to and from Scarborough to anywhere in mainland UK, as well as the London airports and seaports, is available in our fleet of: 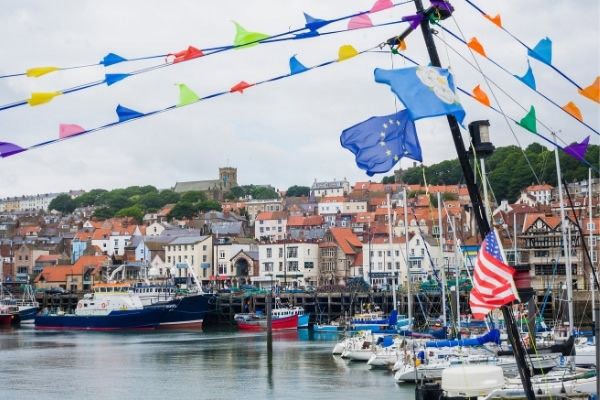 Long-distance Taxi transfers prices to and from Scarborough ​to major UK airports, towns and cities at a glance

Scarborough taxi transfer to & from Heathrow Airport from £692

Scarborough taxi transfer to & from Gatwick Airport from £724

Scarborough taxi transfer to & from Stanstead Airport from £718

Scarborough taxi transfer to & from Dover seaport from £797

Scarborough taxi transfer to & from Southampton from £665

Scarborough taxi transfer to & from Falmouth from £687

Scarborough taxi transfer to & from St Ives from £703

Scarborough taxi transfer to & from Padstow from £665

We provide long-distance taxi transfers to and from Scarborough ​ to all UK towns, cities and airports including: 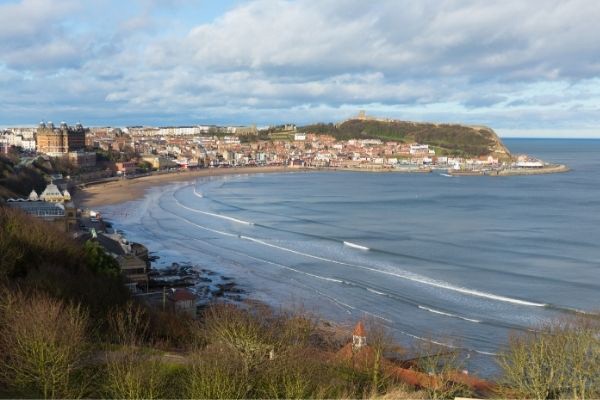 UK Cruise Ship Transfers to and from Scarborough

We provide a trusted, professional but discreet service to our business and corporate clients in Scarborough, with impeccable chauffeur driven cars as well as luxury people carriers to Scarborough based UK Companies, international business and discerning private clients, travelling to and from London.

Find out more about Scarborough

The town has fishing and service industries, including a growing digital and creative economy, as well as being a tourist destination. Residents of the town are known as Scarborians.

The town was reportedly founded around 966 AD as Skarðaborg by Thorgils Skarthi, a Viking raider, though there is no archaeological evidence to support these claims, made during the 1960s, as part of a pageant of Scarborough events. The origin of this belief is a fragment of an Icelandic Saga. In the 4th century, there had briefly been a Roman signal station on Scarborough headland and there is evidence of much earlier Stone Age and Bronze Age settlements. However, any new settlement was soon burned to the ground by a rival band of Vikings under Tosti (Tostig Godwinson), Lord of Falsgrave, and Harald III of Norway. The destruction and massacre meant that very little remained to be recorded in the Domesday survey of 1085. The original inland village of Falsgrave was also Saxon rather than Viking.

During the 17th and 18th century doctors claimed bathing in seawater was good for health and wealthy people began to take trips to the seaside. To this day Scarborough is still known as a place for escapism and relaxation as it is still believed that being by the ocean can have a positive impact on your health.

The most striking feature of the town’s geography is the high rocky promontory pointing eastward into the North Sea. The promontory supports the 11th-century ruins of Scarborough Castle and divides the seafront into two bays, north and south.[6]
Scarborough’s South Bay from Sea Cliff Road

The South Bay was the site of the original medieval settlement and harbour, which form the old town. This remains the main tourist area, with a sandy beach, cafés, amusements, arcades, theatres and entertainment facilities. The modern commercial town centre has migrated 440 yards north-west of the harbour area and 100 feet above it and contains the transport hubs, main services, shopping and nightlife. The harbour has undergone major regeneration including the new Albert Strange Pontoons, a more pedestrian-friendly promenade, street lighting and seating.

Scarborough arts community is known for many famous artists be it painters, writers, poets, actors or playwrights who have either lived, visited or were inspired by the town.

With such beautiful coastal views, Scarborough is the perfect place for budding artists to get creative, for example, John Atkinson Grimshaw was known for his landscape work and even rented a second home here as it became his favourite place to paint!

You may have also heard of the famous Bronte Sisters? Anne, Charlotte and Emily were all famous novelists and between them had bestsellers ‘The Tenant of Wildfell Hall’, ‘Jane Eyre’ and ‘Wuthering Heights. Anne Bronte in particular loved to visit Scarborough and became the place she came to rest in her final days, you’ll now find her gravestone in Scarborough’s St Mary’s Church. An exhibition was held at Scarborough’s Art Gallery and Woodend this year to celebrate the 200th anniversary of her birth.

Alan Ayckbourn is another famous name that you may also know, he lives in Scarborough and over the years has written more than 80 plays and is the Artistic Director of the Stephen Joseph Theatre where the majority of his work is showcased to this day! He has also won an Oliver and Tony Award and many of his plays have also been produced in London’s West End and New York. 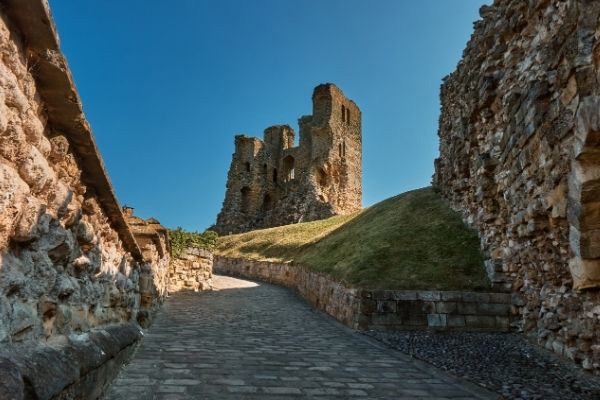 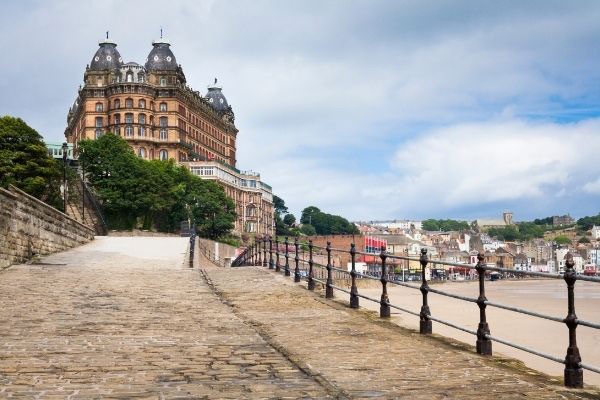 Map of Scarborough in North Yorkshire