Airport Transfers and Long Distance Taxis to and from Mevagissey, Cornwall

Airport Transfers and Long Distance Taxis Transfers to and from Mevagissey, in Cornwall

We specialise in affordable. long distance taxi transfers to and from Mevagissey in Cornwall to any town or city across the UK mainland, for those who wish to avoid travelling on public transport.

Cars Exec provide chauffeur driven cars, our prices are at competitive rates, in the comfort of our gleaming, comfortable and exclusive chauffeur driven airport cars. Our prompt, reliable 24-hour airport taxi service to and from Mevagissey to anywhere in mainland UK, as well as the London airports, is available in our fleet of:

Long distance Taxi transfers prices to and from Mevagissey ​to major UK airports, towns and cities at a glance

Mevagissey taxi transfer to & from Heathrow Airport from £270

Mevagissey taxi transfer to & from Gatwick Airport from £298

Mevagissey taxi transfer to & from Manchester Airport from £362

Mevagissey taxi transfer to & from Peterborough from £377

Mevagissey taxi transfer to & from Luton Airport from £303

Mevagissey taxi transfer to & from Shrewsbury from £317

Mevagissey taxi transfer to & from Liverpool from £378

Mevagissey taxi transfer to & from Luton Airport from £303

We provide long distance taxi transfers to and from Mevagissey ​to all UK towns, cities and airports including: 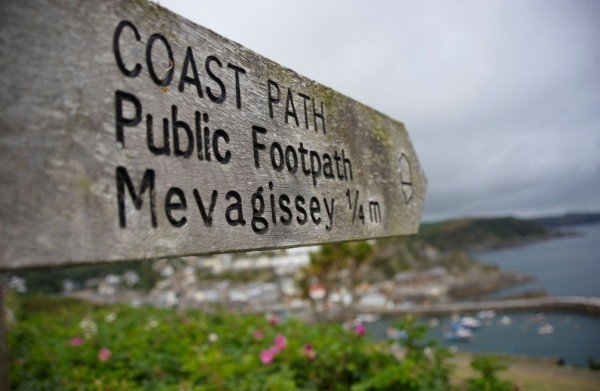 UK Cruise Ship Transfers to and from Mevagissey

We provide a trusted, professional but discreet service to our business and corporate clients in Mevagissey, with impeccable chauffeur driven cars as well as luxury people carriers to Mevagissey based UK Companies, international business and discerning private clients, travelling to and from London.

Find out more about Mevagissey

The village of Mevagissey nestles in a small valley and faces east to Mevagissey Bay. The inner and outer harbours are busy with a mixture of pleasure vessels and working fishing boats. It has a thriving fishing industry and is the second biggest fishing port in Cornwall.

Mevagissey village centre consists of narrow streets with many places to eat and shops aimed at the tourist trade. The outer areas are built on the steep slopes of the surrounding hillsides and are mostly residential.

Mevagissey is an attractive harbourside village which was once the centre of Cornwall’s pilchard fishery and which still boasts a working harbour, with a few dozen small fishing boats. It has a tradition of boat building dating back to 1745. Many of the old buildings, constructed of cob and slate, bear testimony to a time when the large shoals of pilchards were the livelihood of the whole village. Fishing trips can be taken from the harbour and there is a ferry to the nearby port of Fowey. There is a car park on the quay but the narrow streets can be difficult to negotiate and are often full of pedestrians.

The name Mevagissey is derived from the names of two saints, St Meva and St Issey. The first record is of a hamlet of this name in 1313, but there were local settlements in the Bronze Age. Two Bronze Age Burial Urns were discovered at nearby Portmellon.

Mevagissey is within the Cornwall Area of Outstanding Natural Beauty (AONB) which along with National Parks, are considered to be the most special landscapes in the country and belong to an international family of protected areas. It is a designation aimed at conserving and enhancing the natural beauty of the area.

Mevagissey harbour is built on the site of a medieval quay. The first Act of Parliament allowing the new port to be built was passed in 1774. The inner harbour, consisting of the current East and West Quays, was constructed from this time. An outer harbour was added in 1888, but seriously damaged in a blizzard in 1891. The outer walls were rebuilt by 1897. The harbour was given charitable trust status in 1988.

The Royal National Lifeboat Institution (RNLI) stationed a lifeboat at Portmellon in 1869, but in 1888 moved it to Mevagissey. It was kept afloat in the harbour for a few years but in 1896 was moved into a purpose-built concrete boat house. The following year a new boat, the James Chisholm (RNLI number 403), was installed. This operated until 1930 when the station was closed. The neighbouring station at Fowey had recently been equipped with a motor lifeboat and this could cover the coast around Mevagissey. The old boat house has since been used as an aquarium; that at Portmellon has been converted into a house.

Mevagissey lighthouse was built in 1896 to mark the south breakwater that protects the small harbour.

In 1880 there were around sixty fishing-boats engaged in the mackerel fishery, and herring and pilchards were also important fisheries. Pilchards were also imported from Plymouth for curing at the Cornish Sardine Factory and the imported salt was also used for adding to butter at the same factory. Barley, grown nearby, was exported to Campbeltown, Scotland. 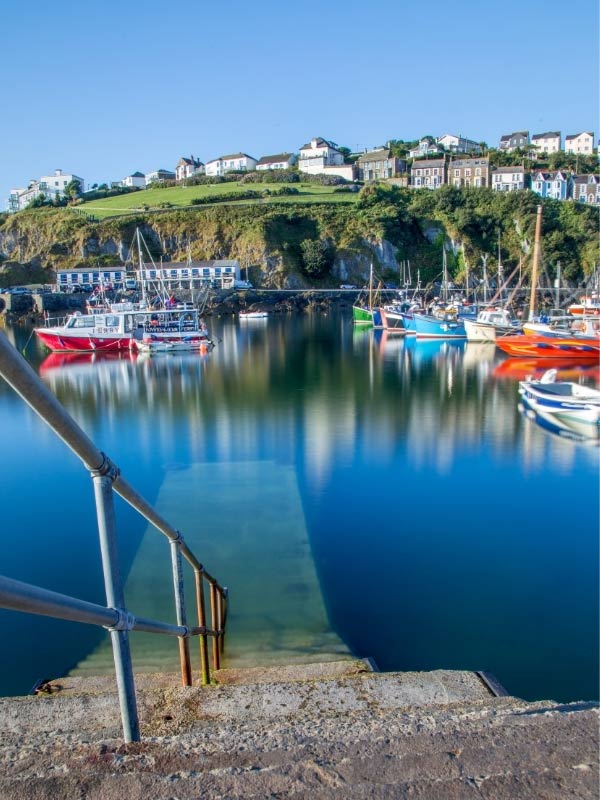 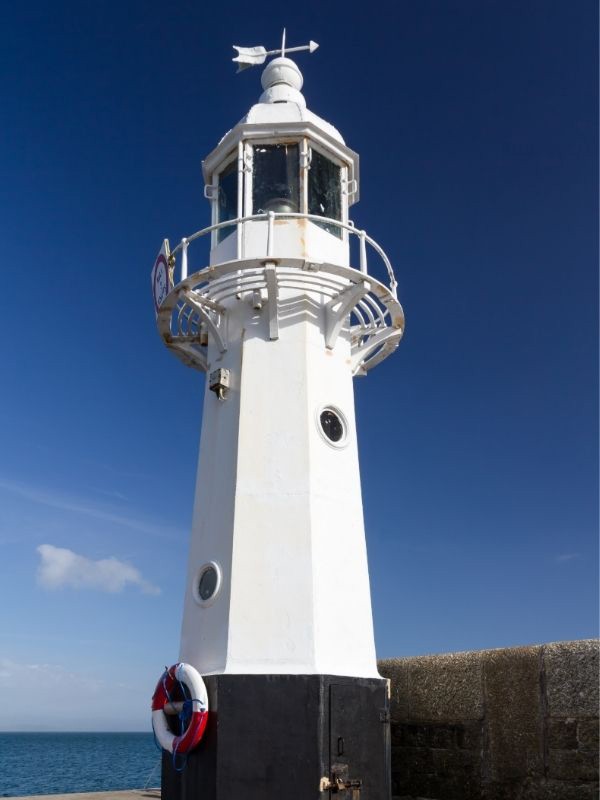 Map of Mevagissey in Cornwall