Airport Transfers and Long-Distance Taxis to and from Launceston, Cornwall

Airport Transfers and Long Distance Taxis Transfers to and from Launceston, in Cornwall

We specialise in affordable. long distance taxi transfers to and from Launceston, formally the county town of Cornwall, to any town or city across the UK mainland, for those who wish to avoid travelling on public transport.

Cars Exec provide chauffeur driven cars, our prices are at competitive rates, in the comfort of our gleaming, comfortable and exclusive chauffeur driven airport cars. Our prompt, reliable 24-hour airport taxi service to and from Launceston to anywhere in mainland UK, as well as the London airports is available in our fleet of: 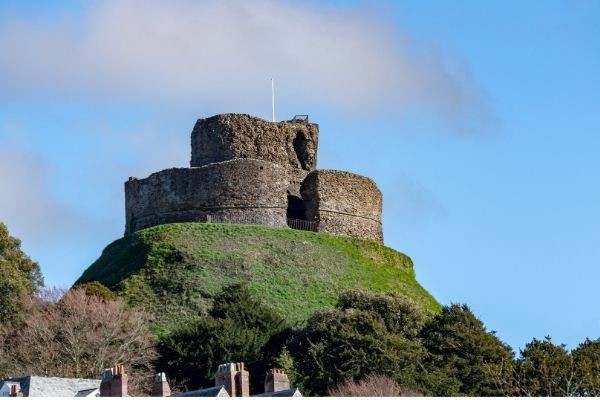 Long distance Taxi transfers prices to and from Launceston ​to major UK airports, towns and cities at a glance

Launceston taxi transfer to & from Heathrow Airport from £400

Launceston taxi transfer to & from Gatwick Airport from £402

Launceston taxi transfer to & from Newcastle from £694

Launceston taxi transfer to & from Leeds from £555

Launceston taxi transfer to & from Shrewsbury from £428

Launceston taxi transfer to & from Cambridge from £498

Launceston taxi transfer to & from Liverpool from £510

Launceston taxi transfer to & from Edinburgh from £833

We provide long distance taxi transfers to and from Launceston to all UK towns, cities and airports including: 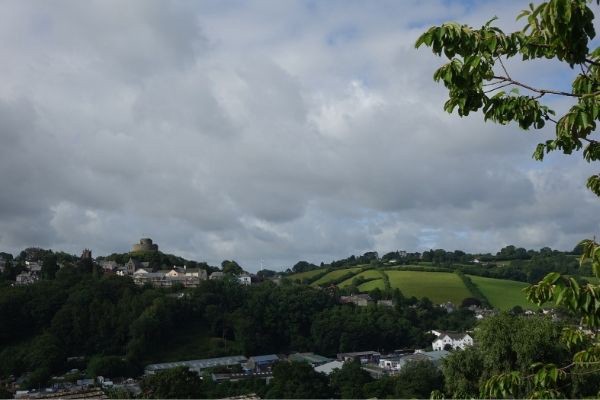 UK Cruise Ship Transfers to and from Launceston

Looking for a taxi transfer to a Cruise Ship Terminal from Launceston? Why not start your cruise in style, we offer cost effective travel from Launceston to the following ports:

We provide a trusted, professional but discreet service to our business and corporate clients in Launceston, with impeccable chauffeur driven cars as well as luxury people carriers to Launceston based UK Companies, international business and discerning private clients, travelling to and from London.

Find out more about Launceston

The landscape of the town is generally steep particularly at a sharp south-western knoll topped by Launceston Castle. The town remains figuratively the “gateway to Cornwall”, due to having the A30, one of the two dual carriageways into the county, pass directly next to the town. Set amidst rolling countryside Launceston is conveniently situated between Dartmoor and Bodmin Moor and within easy reach of the north and south Cornish coasts. It’s the perfect location from which to explore the rest of Cornwall as well as nearby north and west Devon.

Launceston Steam Railway narrow-gauge heritage railway runs as a tourist attraction during the summer months. It was restored for aesthetic and industrial heritage purposes and runs along a short rural route; it is popular with visitors but does not run for much of the year.

The History of Launceston

The Cornish name of “Launceston”, Lannstevan, means the “church enclosure of St Stephen” and is derived from the former monastery at St Stephen’s a few miles north-west (the castle and town were originally named Dunheved) and the Common Brittonic placename element lan-. Dunheved was the Southwestern Brittonic name for the town in the West Saxon period.

The earliest known Cornish mint was at Launceston, which operated on a minimal scale at the time of Æthelred the Unready before Cornwall received full diocesan jurisdiction in 994. Only one specimen is known to exist. In the reign of William the Conqueror, the mint was moved to Dunheved and remained in existence until the reign of Henry II, 1160. During the reign of Henry III of England, another mint was established in Launceston.

Launceston was later the county town of Cornwall until 1835 when Bodmin replaced it. The lands of Robert, Count of Mortain, became the core holdings of the feudal barony of Launceston, and the Fleming family continued to hold most of their manors from that barony, as can be seen from entries in the Book of Fees.

The Roman Catholic saint and martyr Cuthbert Mayne was executed at Launceston in 1577; a legacy of memorials and a church exists.

Launceston has the only document in the UK signed by Mary II of England and her husband, William III of England. The very poor means of transport within Cornwall, which did not begin to be improved until the late 18th century, meant that assizes were held in Launceston.

During World War Two racial tensions in the ranks of American soldiers sparked a shootout in the town square. Fourteen African American soldiers of the 581st Ordnance Ammunition Company were charged with mutiny. 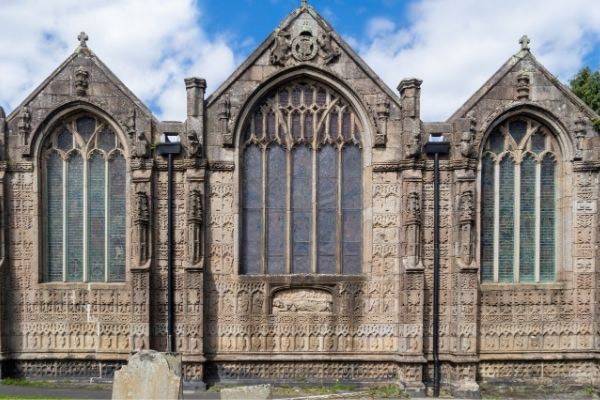 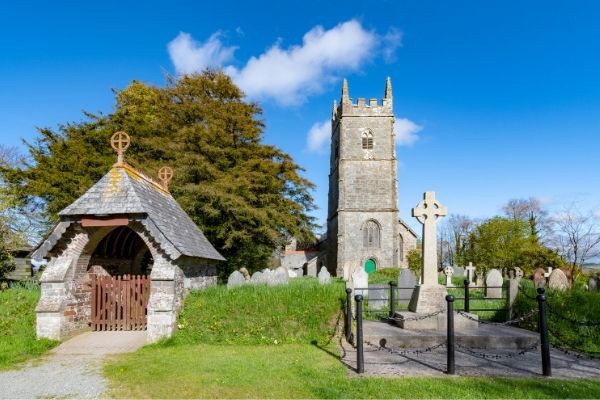 Map of Launceston in Cornwall