Airport Transfers and Long-Distance Taxis to and from Kingsbridge, Devon

Airport Transfers and Long-Distance Taxis Transfers to and from Kingsbridge, in Devon

We specialise in affordable, long-distance taxi transfers to and from Kingsbridge, a seaside resort town close to Exeter and Salcombe in Devon to any town or city across the UK mainland, for those who wish to avoid travelling on public transport.

Cars Exec provide chauffeur driven cars, our prices are at competitive rates, in the comfort of our gleaming, comfortable and exclusive chauffeur driven airport cars. Our prompt, reliable 24-hour airport taxi service to and from Kingsbridge to anywhere in mainland UK, as well as the London airports is available in our fleet of: 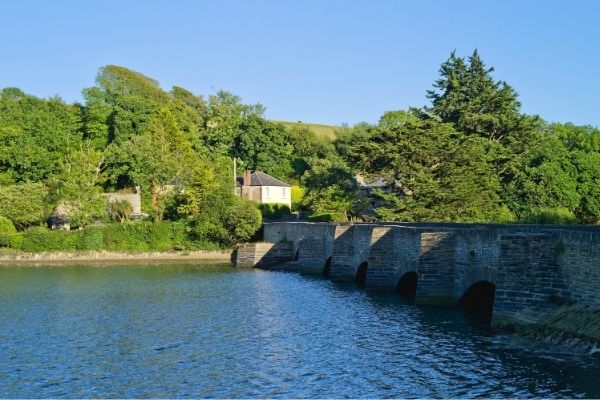 Long distance Taxi transfers prices to and from Kingsbridge ​to major UK airports, towns and cities at a glance

Kingsbridge taxi transfer to & from Heathrow Airport from £275

Kingsbridge taxi transfer to & from Gatwick Airport from £305

Kingsbridge taxi transfer to & from Manchester Airport from £362

Kingsbridge taxi transfer to & from Leeds from £423

Kingsbridge taxi transfer to & from Durham from £513

Kingsbridge taxi transfer to & from Southwold from £444

Kingsbridge taxi transfer to & from Liverpool from £386

Kingsbridge taxi transfer to & from Edinburgh from £621

We provide long distance taxi transfers to and from Kingsbridge ​to all UK towns, cities and airports including: 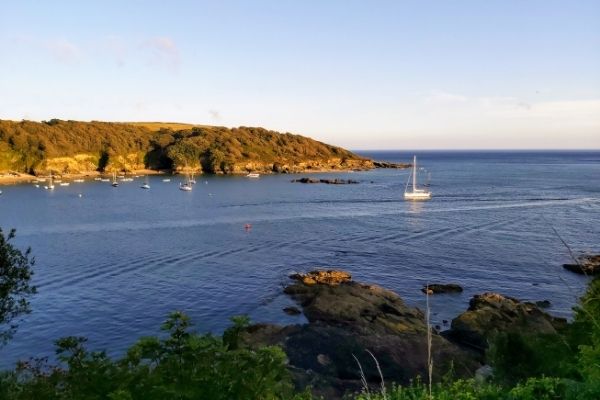 UK Cruise Ship Transfers to and from Kingsbridge

We provide a trusted, professional but discreet service to our business and corporate clients in Kingsbridge, with impeccable chauffeur driven cars as well as luxury people carriers to Kingsbridge based UK Companies, international business and discerning private clients, travelling to and from London.

Find out more about Kingsbridge

The town formed around a bridge which was built in or before the 10th century between the royal estates of Alvington, to the west, and Chillington, to the east, hence giving it the name of Kyngysbrygge (“King’s bridge”).

Kingsbridge is in fact a combination of two towns, Kingsbridge and Dodbrooke. Dodbrooke was granted its own market in 1257 and had become a borough by 1319. While Dodbrooke was originally considered to be the dominant of the two, Kingsbridge later expanded to include it. The town consists of two ecclesiastical parishes: St. Edmund’s in the west and St. Thomas Becket at Dodbrooke in the east. St. Edmund’s Church, in mainly Perpendicular style, retains some 13th-century features including a font, but was enlarged and reconsecrated around 1414 and was mostly rebuilt in the 19th century. The parish church of St. Thomas Becket displays a particularly well-preserved rood screen, restored in 1897.

Kingsbridge has an eclectic selection of independent shops and a whole host of intriguing antique shops, art galleries, and gift shops to explore. Cafes, pubs and restaurants line the town, serving the best local produce, including local craft beers, ales, cider, and even wine and gin. With a three-screen cinema, yoga studio and leisure centre with swimming pool there are plenty of opportunities to stay active and entertained.

Known as a great walking town, you can explore the South West Coast Path and the South Devon AONB from Kingsbridge, and enjoy wonderful countryside views across the region. There are hundreds of walks to choose from across the local area. Explore the town via passages such as Squeezebelly Alley and discover not only Kingsbridge’s history but hidden treasures such as mosaics, a community garden and miniature railway.

Kingsbridge has been the main market town in the area for centuries. Being situated within the South Devon Area of Outstanding Natural Beauty (AONB) and its proximity to the spectacular south Devon coast and sailing venues, such as Salcombe, Kingsbridge has developed into a popular tourist destination. Its attractions include several restaurants, pubs, a cinema housed in the town hall building, and a museum devoted to the chemist William Cookworthy, born in Kingsbridge in 1705.

The town is linked to Plymouth and Dartmouth by the A379 road, and to Salcombe and Totnes by the A381. For seventy years Kingsbridge boasted a railway station until the branch line, via South Brent, was closed in 1963 as part of the reshaping of British railways, commonly known as The Beeching Axe. An industrial estate now occupies the site of the former station yard, but a railway bridge and a short section of overgrown embankment can be seen adjacent to the Plymouth road heading west out of the town. 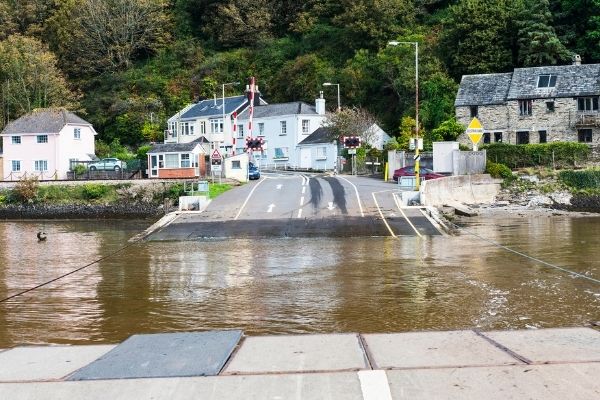 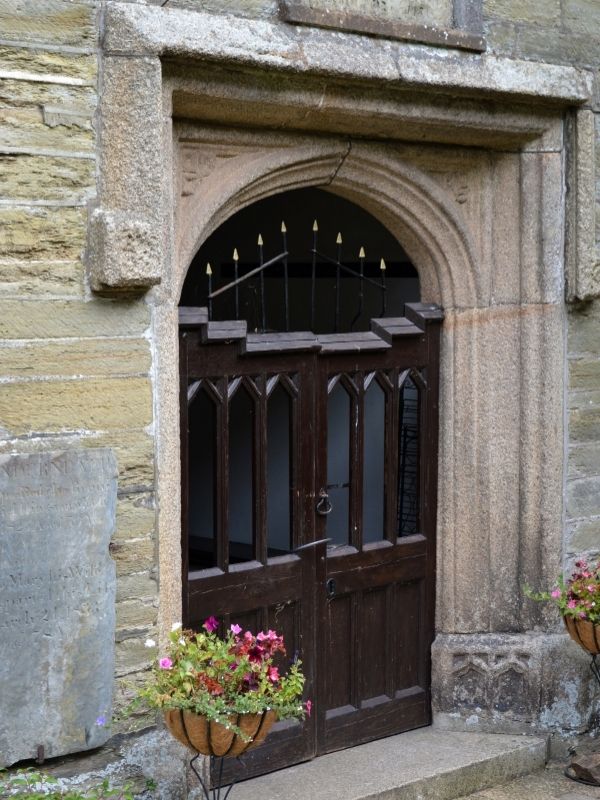 Map of Kingsbridge ​in Devon