Airport Transfers and Long Distance Taxis to and from Salcombe, Devon

Airport Transfers and Long Distance Taxis Transfers to and from Salcombe, in Devon

We specialise in affordable. long distance taxi transfers to and from Salcombe in Devon to any town or city across the UK mainland, for those who wish to avoid travelling on public transport.

Cars Exec provide chauffeur driven cars, our prices are at competitive rates, in  the comfort of our gleaming, comfortable and exclusive chauffeur driven airport cars. Our prompt, reliable 24 hour airport taxi service to and from Salcombe to anywhere in mainland UK, as well as the London airports is available in our Mercedes E-Class or Mercedes Viano for larger groups. 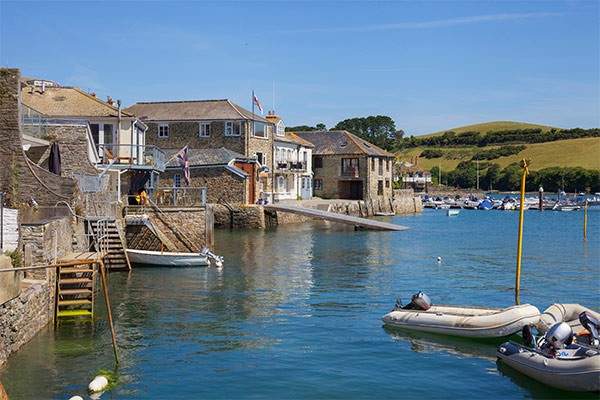 Long distance Taxi transfers prices to and from Salcombe ​to major UK airports, towns and cities at a glance

Salcombe taxi transfer to & from Heathrow Airport from £215

Salcombe taxi transfer to & from Gatwick Airport from £238

Salcombe taxi transfer to & from Manchester Airport from £287

Salcombe taxi transfer to & from Leeds from £333

Salcombe taxi transfer to & from London from £228

Salcombe taxi transfer to & from Birmingham from £223

Salcombe taxi transfer to & from Liverpool from £305

Salcombe taxi transfer to & from Cardiff from £163

We provide long distance taxi transfers to and from Salcombe to all UK towns, cities and airports including: 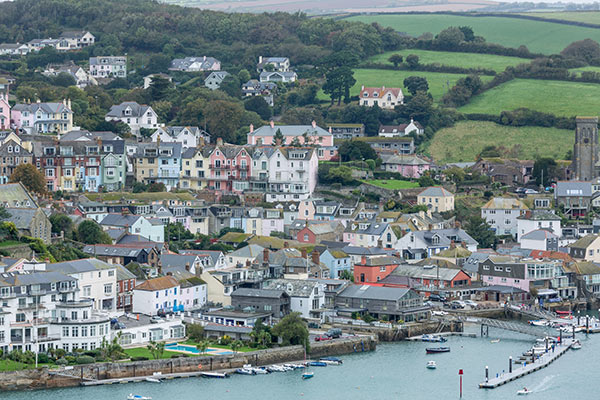 UK Cruise Ship Transfers to and from Salcombe

Looking for a taxi transfer to a Cruise Ship Terminal from Salcombe? Why not start your cruise in style, we offer cost effective travel from Salcombe to the following ports:

We provide a trusted, professional but discreet service to our business and corporate clients in Salcombe, with impeccable chauffeur driven cars as well as luxury people carriers to Salcombe based UK Companies, international business and discerning private clients, travelling to and from London.

Find out more about Salcombe

Salcombe was once a major port for the fruit trade and, over the years, has found fame as a safe haven for family holidays and visiting yachtsmen.

It is situated at the southern end of the Salcombe Estuary; the estuary is, in fact, a ria which is a landlocked, salt water inlet, with beautiful, safe, sandy beaches. The whole area is a Marine Site of Special Scientific Interest, a Marine Local Nature Reserve and an Area of Outstanding Natural Beauty.

The town’s extensive waterfront and the naturally sheltered harbour formed by the estuary gave rise to its success as a boat and shipbuilding and sailing port and, in modern times, tourism especially in the form of pleasure sailing and yachting. The town is also home to a traditional shellfish fishing industry.

A brief history of Salcombe

There are several shipwrecks off Salcombe. The oldest is of a Bronze Age ship, one of only three known in Britain, which had weapons and jewelry made in what is now France. The Salcombe Cannon Wreck is a 17th-century ship that contained 400 Moroccan gold coins and Dutch items. In 1936 a Finnish four-masted barque, Herzogin Cecilie ran aground on the Ham Stone and was subsequently beached at Starehole Bay, near Bolt Head. Also off Salcombe is HMS Untiring, a Second World War submarine sunk in 1957 as a sonar target.

A description of the South Hams is given in the 9th-century charter S298. This does not refer to Salcombe but its area is part of Badestone. “Salcombe” first appears in the records in 1244, on the boundaries of Batson and West Portlemouth (Portlemore Barton). In 1570, there were 56 mariners while two years later another survey shows five ships under 60 tons at Salcombe.

In 1566 there were ten seine nets at Salcombe while in the 1580s Salcombe fishermen travelled to Padstow annually for the new herring fishery. While there they rented cottages and storehouses.

During the English civil war the town sided with the Royalists and held out against the Roundheads. The ruins of Fort Charles remain towards the south of the town. It held out from January to May 1646 and was the last Royalist stronghold. This fort was built for Henry VIII to defend the estuary. It was slighted on the orders of Parliament.

There is little record of the town between 1650 and 1750, but it is thought that the inhabitants lived by fishing and smuggling. In 1764, the first holiday home, The Moult, was built in Salcombe.

In the 19th century, Salcombe was a major centre for shipping in the fruit trade. Salcombe vessels sailed to Iberia, the Mediterranean and the Caribbean as well as to the Azores and Newfoundland. The fruit cargoes were oranges and lemons from the Azores, and pineapples from the Bahamas and West Indies. Other cargoes brought back included sugar, rum, coconuts and shaddocks (pomelos). In addition wood such as ebony and mahogany was brought for furnishing ships. Salcombe and Kingsbridge were busy ship-building places, producing the Salcombe schooner. This was a fast boat that could be sailed with few hands. However, almost half the fleet were lost with all hands. A mutual marine assurance association had been established in 1811 to insure Salcombe ships.

The Salcombe fleet also was involved in the coastal trade supplying coal from Wales and taking away cider, malt, grain and slates. A ferry to Brest was set up in 1870 but did not last.

Between the two world wars Salcombe developed as a holiday resort, with Salcombe Sailing Club being founded in 1922.

During the Second World War a radar station was set up on Bolt Head and Salcombe became an Advance Amphibious Base for the United States Navy in September 1943. The Salcombe Hotel became the latter’s headquarters and 60 other properties were requisitioned, as well as Quonset huts being built on the hill near the Rugby Club. Whitestrand Quay and slipway was constructed. 137 officers and 1793 men were based at Salcombe. 66 ships and many auxiliary vessels sailed from Salcombe on 4 June 1944 as part of “Force U” which landed on Utah Beach, Normandy.

Afterwards Shadycombe Creek and Mill Bay were used to repair damaged landing craft. The base closed on 7 May 1945. A plaque was set up in Normandy Way to commemorate the United States Navy. Salcombe and district suffered a number of bombing raids during the war.

Salcombe and its beaches

Leaving the town centre and going seaward you pass two pretty beaches, North Sands beach and South Sands beach, and beyond on the hillside is “Overbecks” National Trust property. The house is a small, interesting museum and, because of the micro climate (we have warm summers and mild winters), it means that they are able to grow semi-tropical plants in the delightful garden surrounding the house – this includes oranges, lemons and bananas! The museum, house, tea room and gardens are generally open from early February to 1st November each year

Looking from Salcombe over the water is the village of East Portlemouth with its lovely beaches. There is a ferry from town which runs regularly to the other side and, if you are adventurous you can find many smaller beaches by joining the South West Coast Path and dipping down from the path on to the sands.

Not far from East Portlemouth inland is the pretty village of East Prawle with a pub and village shop. Also nearby is the hamlet of South Pool with its pretty thatched cottages. Further along the coast is the Start Point Lighthouse, which is open to the public, as is the National Coastwatch Institution Look Out at Prawle Point, both well worth a visit.

Moving west from Salcombe you come to Hope Cove, a two-part village of Inner and Outer Hope. If you are fit, it’s a wonderful walk from Bolt Head to Hope Cove along the Coast Path, passing through Soar Mill Cove, a sheltered and unspoilt cove, and over Bolberry Down. At both these places there are hotels where you can stop for lunch or a coffee before continuing on to Hope. At Hope Cove there are two small, sandy beaches sheltered by outcrops of rocks.

Inner Hope is well worth a visit with its square of thatched cottages and an old Lifeboat station. Hope Cove has a pub, a shop and an interesting art gallery, together with hotels where a warm welcome is extended to visitors. Also worth a visit is the tiny church of St Clements which appears to be perched on the rocks overlooking the sea.

An easy walk from Hope Cove, continuing along the Coast Path, is Thurlestone which has good beaches (probably the best for rock pooling!), and a magnificent rock rising out of the water. There’s a beach café, a large hotel, a pub, village shop and golf course. From Thurlestone you can continue on to Bantham with its famous surfing beach, and further to Bigbury with a surf school, golf course and view of the famous hotel on Burgh Island.

Also, inland, are the villages of Malborough, Galmpton and South Milton. Malborough has pubs, a shop, post office and a splendid church which dominates the skyline and is often referred to as ‘the Cathedral of The South Hams’. Galmpton & South Milton are both pretty villages with attractive cottages and fine churches. 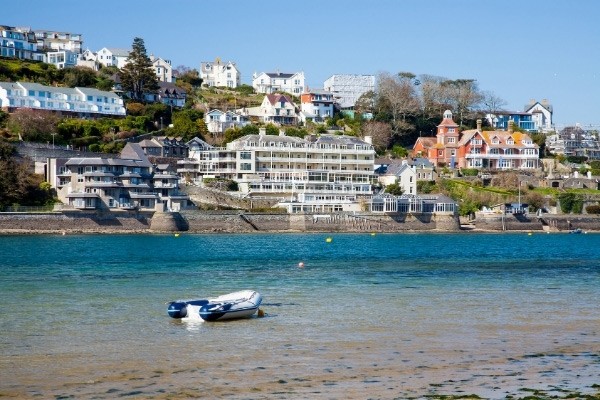 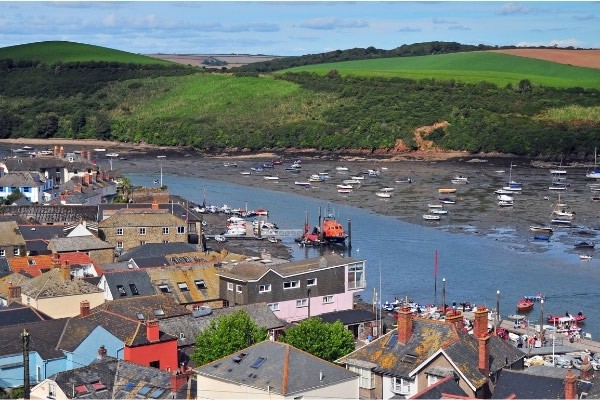 Map of Salcombe in Devon