Airport Transfers to and from Wiltshire

We keep our rates low, competitive with taxis and other Wiltshire airport transfer shuttles, but in a choice of Mercedes luxury cars and people carriers. Comfortable, clean and exclusive, we are a prompt, reliable, 24 hour airport taxi service. Choose from our Mercedes S-Class, Mercedes E-Class or Mercedes Viano for larger groups and get your holiday off to a stylish start.

We provide executive airport transfers to and from Wiltshire to:

Our executive airport transfer service to and from Wiltshire includes:

Personal and Corporate Chauffeur Services in and around Wiltshire

We provide a professional service to business clients and VIPs visiting Wiltshire and travelling to and from London. Using an executive car taxi service, we will ensure you or your guests get a professional, discreet and a courteous service every time.

UK Cruise Ship Transfers to and from Wiltshire

Looking for a taxi transfer to and from a Cruise Ship Terminal in Wiltshire? Why not start your cruise in style, we offer cost effective travel from Wiltshire to the following ports:

Find out more about Wiltshire

Wiltshire is a down land rural county of the West Country. In the south of the county is Salisbury and in the north is Swindon. Between the two lies the great expanse of Salisbury Plain. Southern Wiltshire is known for pretty towns and villages. It is a wealthy agricultural land.

In its middle is the City of Salisbury. Salisbury was a medieval “new town”, built around an ornate cathedral; the cathedral with the highest spire in Britain. The cathedral close, in which are the most exclusive houses in town, is renowned. The origin of the city is found on a hill to the north; Old Sarum, a city since the Iron Age, now abandoned. North of Salisbury is Salisbury Plain, some 300 square miles of uncultivated chalk land. Much of the Plain is used by the army for training.

The Plain is home to Stonehenge, and many ancient burial mounds and man made features whose origins are lost in the mists of time. North of Salisbury Plain are the villages and fertile fields of the Vale of Pewsey, dividing the Plain from the Marlborough Downs to the north.

Marlborough has widest Main Street in the country. The Marlborough Downs have their own collection of prehistoric structures; most famously the Avebury ring and Silbury Hill, a prehistoric man made hill. Swindon lies in the north, an ancient place but transformed by the Great Western Railway and in the 20th century developed greatly as a “Expanded Town”.

The main towns in Wiltshire are: Amesbury, Bradford-On-Avon, Chippenham, Devizes, Lacock, Malmsbury, Marlborough,, Swindon, Wilton and the city of Salisbury. 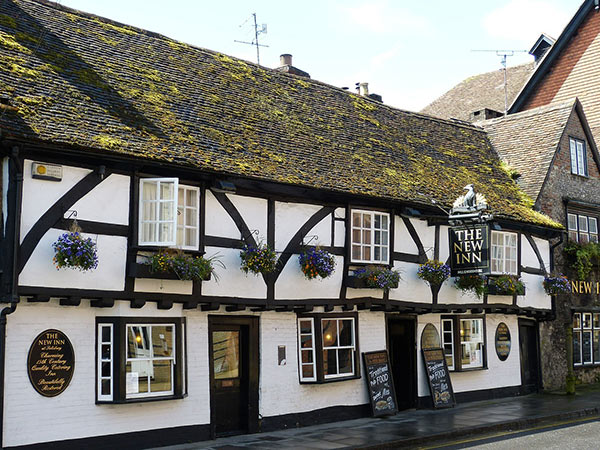 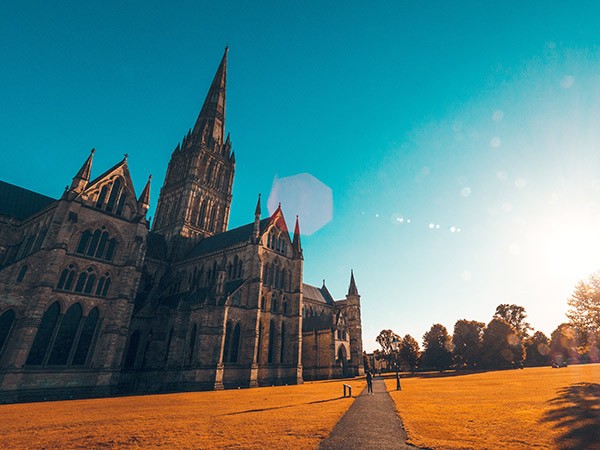