Airport Transfers to and from Warwickshire

Looking for an airport taxi to and from Warwickshire? We specialise in chauffeur-driven airport transfers in Warwickshire to all UK airports including: Heathrow, Gatwick, London City Airport, Luton and Stansted,  Birmingham Airport,  as well as East Midlands Airport. Cars Exec run Warwickshire airport transfers from the major towns of Warwick, Coventry, Nuneaton,  Bedworth, Rugby,  Stratford-upon-Avon, Kenilworth, Alcester, Wellesbourne and the surrounding countryside.

Our airport transfer rates are low, competitive with taxis and other Warwickshire airport transfer shuttles, but in a choice of luxury cars and people carriers. Comfortable, clean and exclusive, we are a prompt, reliable, 24 hour airport taxi service. Choose from our Mercedes S-Class, Mercedes E-Class or Mercedes Viano for larger groups and get your holiday off to a stylish start.

We provide executive airport transfers to and from Warwickshire to:

Our executive airport transfer service to and from Warwickshire includes:

Personal and Corporate Chauffeur Services in and around Warwickshire

We provide a professional service to business clients and VIPs visiting Warwickshire and travelling to and from London. Using an executive car taxi service, we will ensure you or your guests get a professional, discreet and a courteous service every time.

Looking for a taxi transfer to and from a Cruise Ship Terminal in Warwickshire? Why not start your cruise in style, we offer cost effective travel from Warwickshire to the following ports:

Find out more about Warwickshire

Warwickshire can boast of being the birthplace of the British imagination, for this is Shakespeare’s own county. There is more to it though; Birmingham gained its place in the industrial revolution two hundred years after its place in the Cultural Revolution. Stratford-on-Avon, the place of William Shakespeare’s birth and of his death, has become a place of pilgrimage. His birthplace remains almost as he would have known it; a leaning half-timbered house, one of many in the town and in the villages of the neighbourhood, including the home of his wife, a large thatched, half-timbered house in beautiful country. Outside the town once stretched the Forest of Arden, an enchanted place which many celebrated, and though little woodland remains, the names of Hampton-in-Arden and Henley-in-Arden remain.

The villages in this part of Warwickshire suggest what inspired the bard’s sense of beauty. North-west of Hampton-in-Arden is Solihull, a pleasant town, but the opening of the Birmingham conurbation, and eastward the bands of motorways and great roads cut through the middle of what would otherwise be rich farmland and countryside.

Birmingham sits on the north-western part of Warwickshire. It is the second largest great city in Britain. Birmingham was built on heavy industry; it was known in its heyday as “the toyshop of the world”. Birmingham is the centre also of the greatest network of canals in Britain, linking it not only with the industrial towns of the Black Country but also with the rest of the country. The whole area is rich in coal, the fuel of industry. Now Birmingham is a city constantly reinventing and redeveloping itself. Its many suburbs have a variety unique to the city. Birmingham long ago expanded beyond Warwickshire to cover the fields of Worcestershire and Staffordshire too.

Watling Street, a Roman Road, forms the border with Leicestershire for some distance in the northeast as once it formed the border of the Danelaw.

The restored Saltisford Canal Arm is close to the centre of Warwick, and is now a short branch of the Grand Union Canal. The arm is the remains of the original terminus of the Warwick and Birmingham Canal and dates back to 1799. The Saltisford Canal Trust have restored most of the surviving canal, which is now the mooring for colourful narrowboats and a waterside park open to the public. Over 800 visiting narrowboats come by water to Warwick each year and moor on the arm. Saltisford Canal Trust.

Canals and waterways in Warwickshire 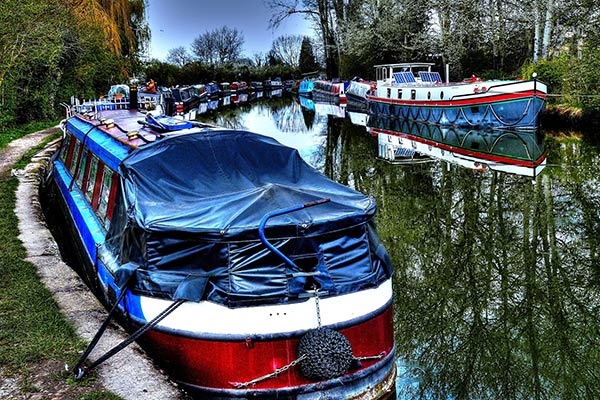 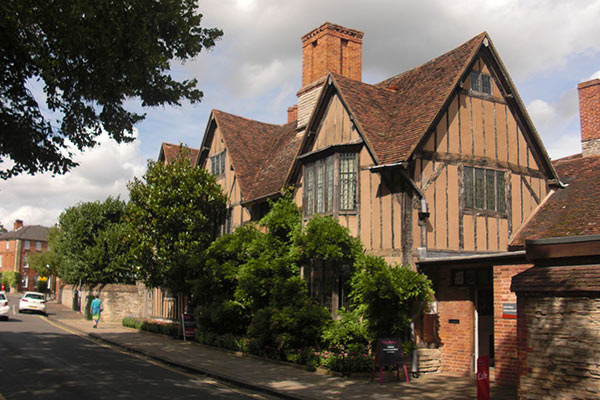 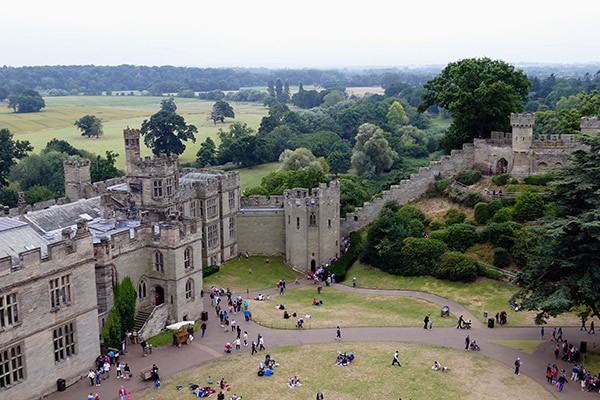