Airport Transfers to and from Shropshire

Looking for an airport taxi to and from Shropshire to the airport? We specialise in chauffeur-driven airport transfers in Shropshire to all UK airports including: Heathrow, Gatwick, London City Airport, Luton and Stansted,  Birmingham Airport,  as well as East Midlands Airport. Cars Exec run Shropshire airport transfers from the major towns of Shrewsbury, Telford,  Wellington, Dawley,  Madeley and the surrounding countryside.

Our airport transfer rates are low, competitive with taxis and other Shropshire airport transfer shuttles, but in a choice of luxury cars and people carriers. Comfortable, clean and exclusive, we are a prompt, reliable, 24 hour airport taxi service. Choose from our Mercedes S-Class, Mercedes E-Class or Mercedes Viano for larger groups and get your holiday off to a stylish start.

We provide executive airport transfers to and from Shropshire to:

Our executive airport transfer service to and from Shropshire includes:

Personal and Corporate Chauffeur Services in and around Shropshire

We provide a professional service to business clients and VIPs visiting Shropshire and travelling to and from London. Using an executive car taxi service, we will ensure you or your guests get a professional, discreet and a courteous service every time.

Looking for a taxi transfer to and from a Cruise Ship Terminal in Shropshire? Why not start your cruise in style, we offer cost effective travel from Shropshire to the following ports:

Find out more about Shropshire

Shropshire is a large county; the largest of the shires without a coastline. It remains rural except in one intense district of industrialisation and urbanization at Telford and Ironbridge. The River Severn shapes much of Shropshire. It passes through the middle of the county forming a broad, rich valley and floodplain. The Severn curls around Shrewsbury, the county town like a moat.

Shrewsbury is a town built on a hill above the Severn with a medieval castle and Tudor streets. It was King Charles I’s capital for a while too. Further downstream the Seven enters the Severn Gorge where it is bridged by the famous Iron Bridge, a symbol of the Industrial Revolution which took root here.

The town of Ironbridge which grew up from the works around the bridge is no longer at the cutting edge of industrial advances; it is a heritage centre. Immediately north though is the growing New Town of Telford; modern modernity encapsulated. However a mile or so west is witness to earlier ages; the Wrekin, a lone, massive hill dominating the landscape and imagination and which has given a name since immemorial time to the area; Roman Viroconium, Saxon Wrocensæt, Wroxeter and Wrockwardine, and a contemporary administrative district.

Downstream of Ironbridge is Bridgenorth, a town full of history on a precipitous hill above the Seven. The ruin of its castle stares down over the Severn Valley it once commanded. North of the Severn the landscape is flat, and given over to agriculture. Around Ellesmere is a group of small lakes, the “meres”, including Ellesmere itself. However, westward the hills begin to rise. At the edge of this area is the historic town of Oswestry.

South of the Severn Shropshire has new scenic glories of wilder hills, especially westward towards Radnorshire. In this part of the shire are high, rounded hills, deep-set valleys, and woods full of charm all around. The chief town of the south of the county is Ludlow, set on a hill and the former capital of Wales (despite not being in Wales). Ludlow retains its age-worn charm and is full of fine timbered houses. In the town it is Ludlow Castle. North are the distinctive long hills of the district such as the Long Mynd and Wenlock Edge (an inspiration for Housman’s A Shropshire Lad). 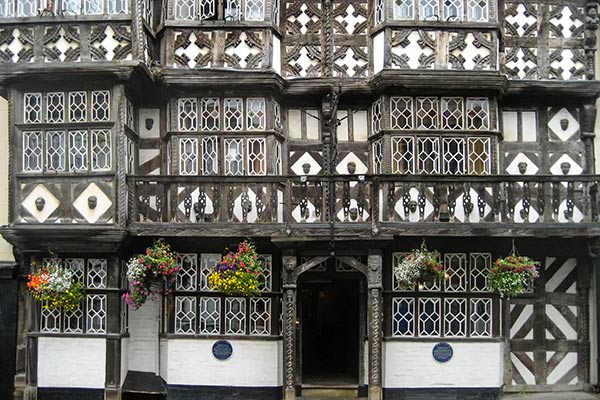 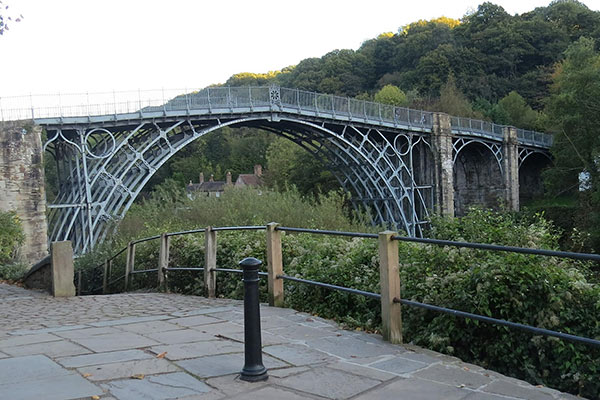 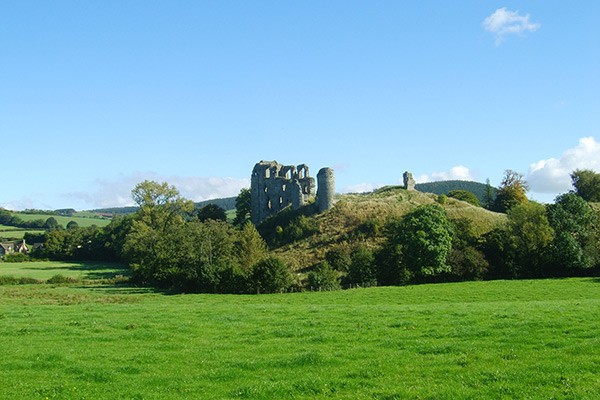