Airport Transfers and Long-Distance Taxis to and from Bideford, Devon

Airport Transfers and Long-Distance Taxis Transfers to and from Bideford, in Devon

We specialise in affordable. long distance taxi transfers to and from Bideford in Devon to any town or city across the UK mainland, for those who wish to avoid travelling on public transport.

Cars Exec provide chauffeur driven cars, our prices are at competitive rates, in the comfort of our gleaming, comfortable and exclusive chauffeur driven airport cars. Our prompt, reliable 24-hour airport taxi service to and from Bideford to anywhere in mainland UK, as well as the London airports, is available in our fleet of: 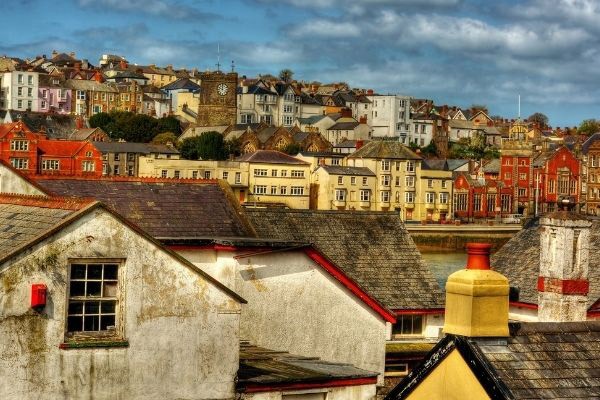 Long distance Taxi transfers prices to and from Bideford ​to major UK airports, towns and cities at a glance

Bideford taxi transfer to & from Heathrow Airport from £219

Bideford taxi transfer to & from Gatwick Airport from £312

Bideford taxi transfer to & from Manchester Airport from £373

Bideford taxi transfer to & from Leeds from £424

Bideford taxi transfer to & from Luton Airport from £318

Bideford taxi transfer to & from Birmingham from £288

Bideford taxi transfer to & from Liverpool from £387

Bideford taxi transfer to & from Stansted Airport from £352

We provide long distance taxi transfers to and from Bideford to all UK towns, cities and airports including: 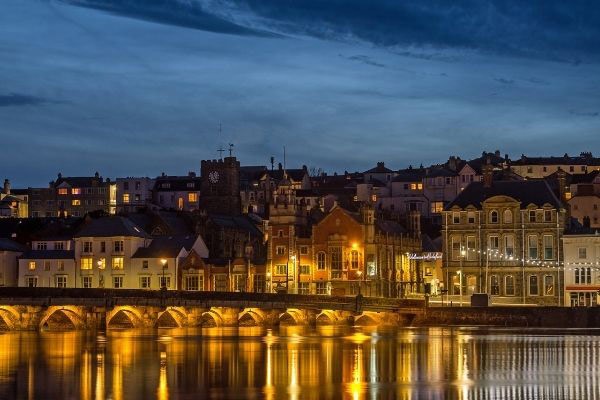 UK Cruise Ship Transfers to and from Bideford

Looking for a taxi transfer to a Cruise Ship Terminal from Bideford? Why not start your cruise in style, we offer cost effective travel from Bideford to the following ports:

We provide a trusted, professional but discreet service to our business and corporate clients in Bideford, with impeccable chauffeur driven cars as well as luxury people carriers to Bideford based UK Companies, international business and discerning private clients, travelling to and from London.

Find out more about Bideford

Bideford is an attractive town on the west bank of the River Torridge, where the river begins to widen to form the estuary. The ancient name of Bideford was recorded as Bedeford, Byddyfrod, Bedyford, Bydeford, Bytheford and Biddeford. The etymology of the name means “by the ford”, and records show that before there was a bridge there was a ford at Bideford where River Torridge is estuarine, and at low tide it is possible, but not advisable, to cross the river by wading on foot

The old road has a lovely old bridge crossing the Torridge linking the town of Bideford to its neighbouring village East the Water. This impressive, arched stone bridge was built in 1535. The original bridge was built from timber in 1300, and was replaced by a stone bridge in the 15th century. Various adaptations have been made to the bridge throughout the intervening years.

In the 16th Century, Bideford was Britain’s third largest port. Sir Walter Raleigh landed his first shipment of tobacco here, although, contrary to popular belief, he was not the first to import tobacco to England.

During World War II a Shoreham-class sloop was named HMS Bideford, also four sixth-rate ships of the line have been named after the town. Nowadays the only shipbuilding in the area is at Appledore Shipbuilders, which has built civilian ships and ships for the Royal Navy and Irish Naval Service.

Today, Bideford is a thriving shopping centre with an historic Pannier Market holding both produce and crafts markets twice each week. Many antique shops are scattered amongst the narrow backstreets and alleyways that lead up from the quay and the river. These alleys are known locally as drangs.

The tree-lines quay still bustles with fishing vessels, cargo and pleasure boats, and there is regular boat trip to Lundy Island in the Bristol Channel, about 12 miles away. 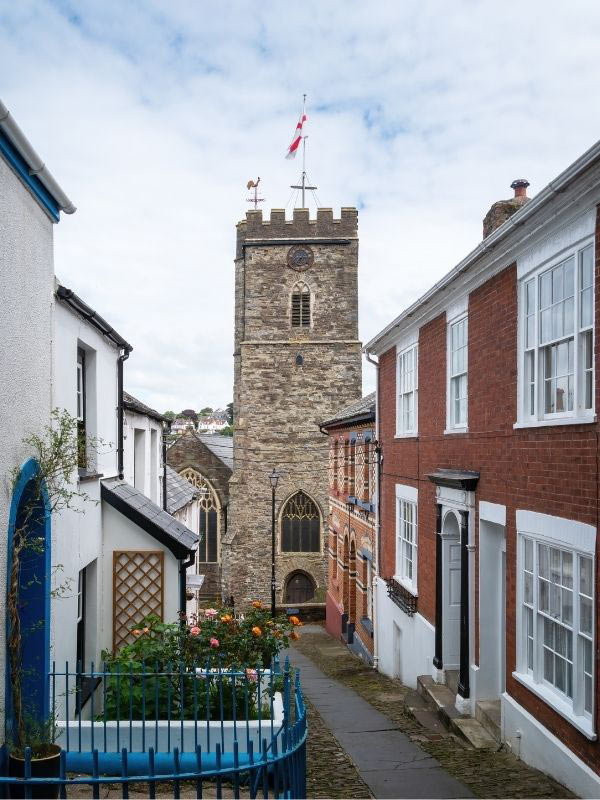 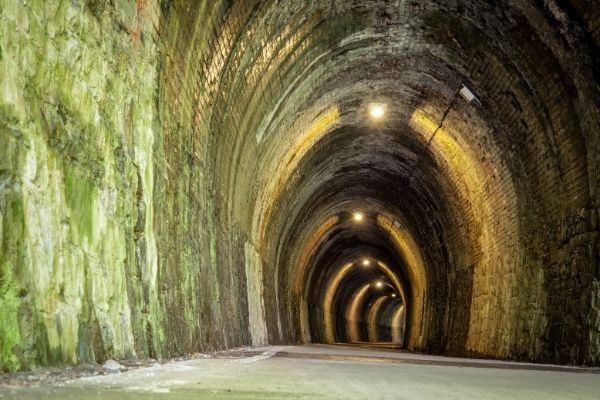 Map of Bideford​ in Devon